I didn't make it to the 60th celebration of the 7 at Donington but decided to go to the Book a Track day at Donington the following Tuesday instead.  I hadn't done a track day before in my own car and so I used blatchat for a list of things to take and relied on good luck for the rest.

Prior to the day I had ordered new R888R's and some new minilites, alas the minilites didn't turn up in time and so I swapped my Uniroyal Rainsport tyres for the R888R's.  That would turn out to be a bad move with the track being so wet on the day.

I loaded the car up with oils, spanners, tyre pressure guage and other bits and set off the night before with the Donington Park Farmhouse hotel booked.  I can't recommend that place enough.

On the day the weather was as promised very wet.  I watched the die hards go out first and after 40 minutes a dry line appeared and so I tip toed out onto track.  I found myself letting a lot of people passed for a few laps until I found out about the car and track and then started to push for 12 laps.  On the 12th lap I had 3 near spins and so I decided to head in as I was clearly getting too confident.

I had a 30 minute break and then managed to get another 10 laps in and then just before lunch I managed to get 8 more in.  Sadly that was that for the day.  Although some ventured out in the afternoon I decided with the R888R's on the car and the need to drive it home, I opted to leave the track at 3pm and head home.

Book a Track organised the day on behalf of the Lotus 7 club and I hope they do that more often.  BaT don't require the FIA roll bar which the L7C do.  As I have no desire to have an FIA roll bar I cannot attend L7C days which does make me wonder if there is any point in being a member of L7C.  BaT were excellent and the set up is fantastic.  I will definitely do another day and hope for better weather. 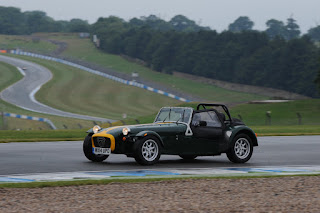 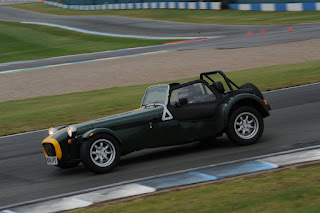 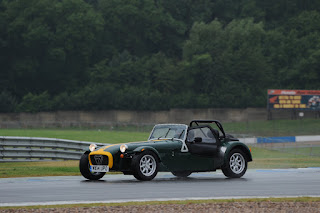 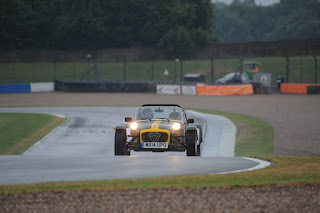 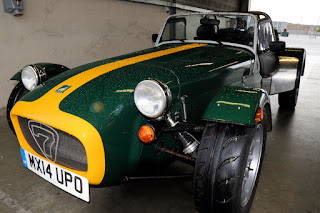 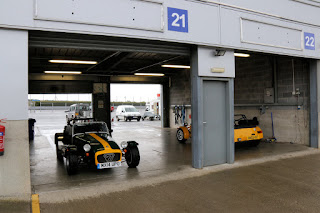