In April 2017 I noticed some oil on the garage floor and it turned out to be the orange valve in the top of the breather plate which is bolted to the side of teh duratec engine just beneath the air intake.

I cut a new pipe today and the extra length means the pipe is essentially pushing itself onto the orange valve.  Time will tell if this works. 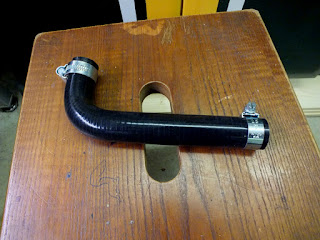 This is the old pipe.  The new one is just 15mm longer. 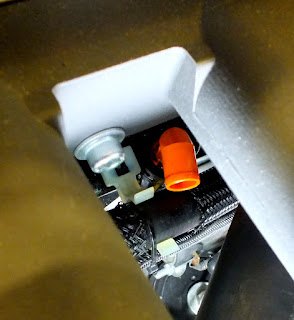 The old pipe had come away from the orange valve.