I decided to finish the Paint Protection today. I tackled the rear wings first which open your eyes as to how to stretch the film to get the film to sit flat on the double curves. The side film went on easily but then I had a nightmare with the nose film. I also changed the washers on the A frame. When I torqued it up originally, on one side the washers seemed to mis-align themselves and squash out of shape. Anyway, all fine now. 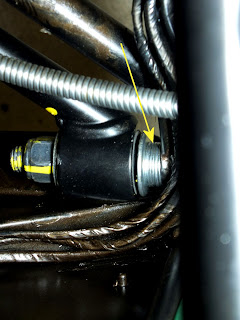 Spacer washers replaced and torqued up without being squashed this time. 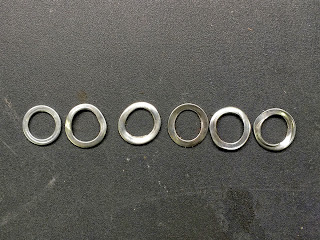 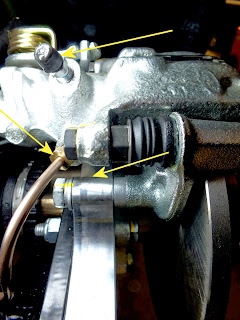 I found a slight leak on the rear caliper when I was replaceing the a frame washers. 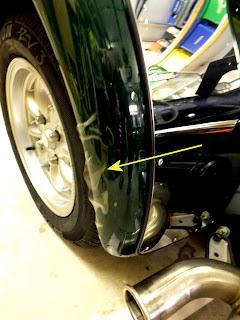 At this point I was wondering if I should have got the man who knows what he is doing to put the film on. 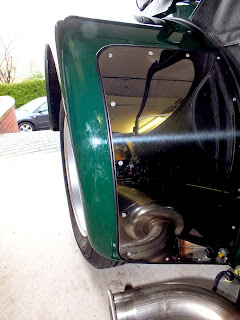 After half an hour the film was on and looked pretty good.  I found with the front wheel arches that the slight marks disappear within a few days. 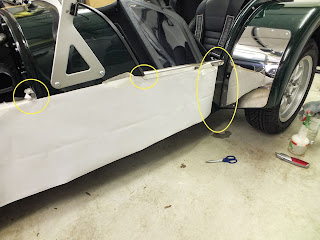 I placed the template on the car and it seemed to be short of reaching the wheel arch with plenty of spare at the other end.  There are two clear marks to line up the template with so not sure why it is cut this way. 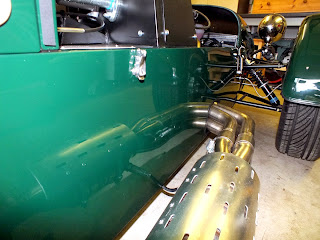 The sides went on very easily due to the panels being straight. 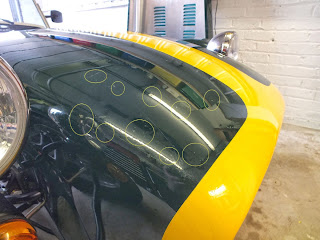 Then the front.  What a PITA.  What was worse is that as I started to get the film shaped and stretched right, I started to get lots of black dots on the underside of the film.  Not sure if this is the glue drying out or as a result of overworking but ultimately I went back a few hours later and ripped it off.  Seriously not happy with it.  The lower film was fine as were all of the others.  So not sure why all the dirt / dots / black bits.  I will order another piece and ask PPG what it could be.  The nose was cleaned the same way as the other panels.
Posted by apbissell at 18:53