It's all slowed down around here of late.  The PBC is early April with the IVA now mid April.  It feels slightly frustrating (especially as the sun is out today), but at the same I don't feel rushed, so a bit here and a bit there will see everything ready in time.

I had a few hours on Saturday so tackled the following : 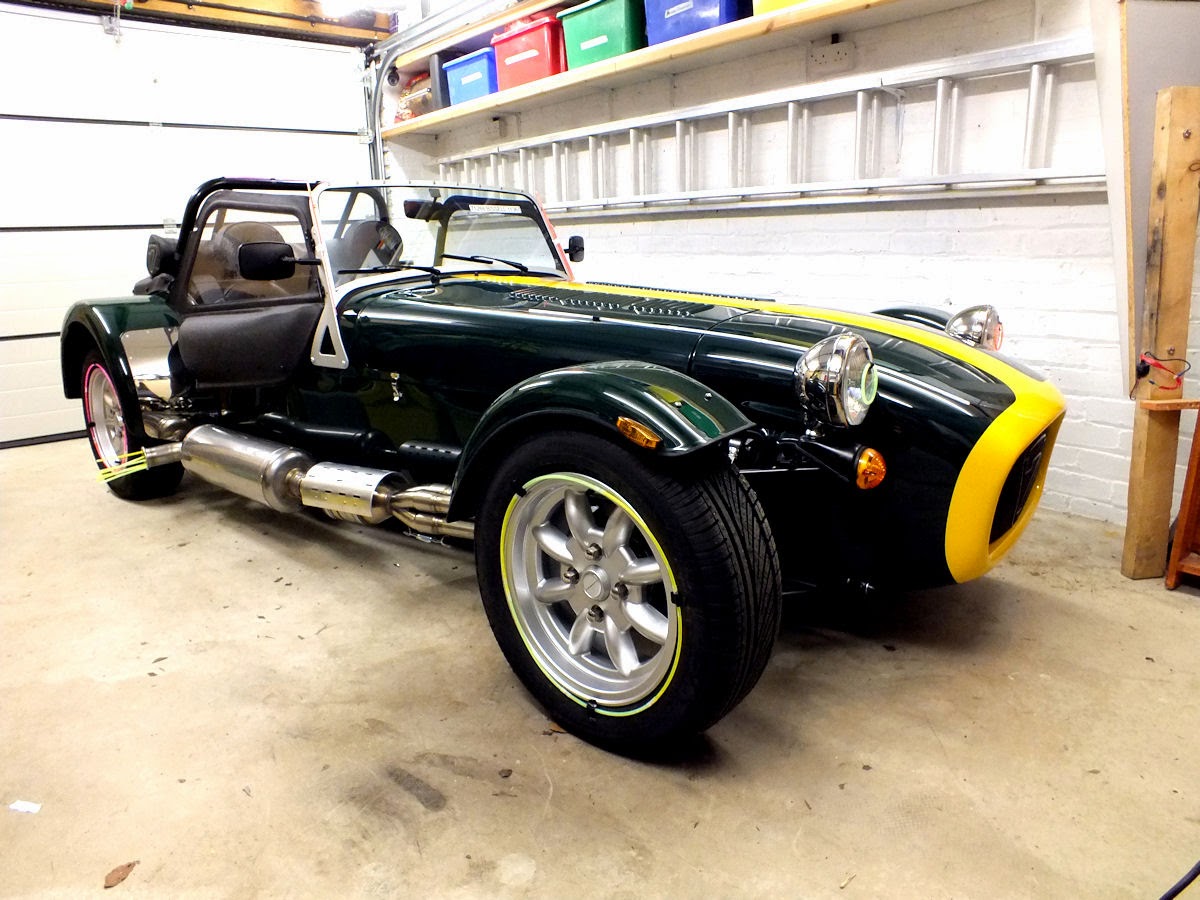 Ahead of this years Lighting Design Awards, iGuzzini sent all the entrants a pack of glow sticks.  So with the help of the kids we glow sticked the Caterham. 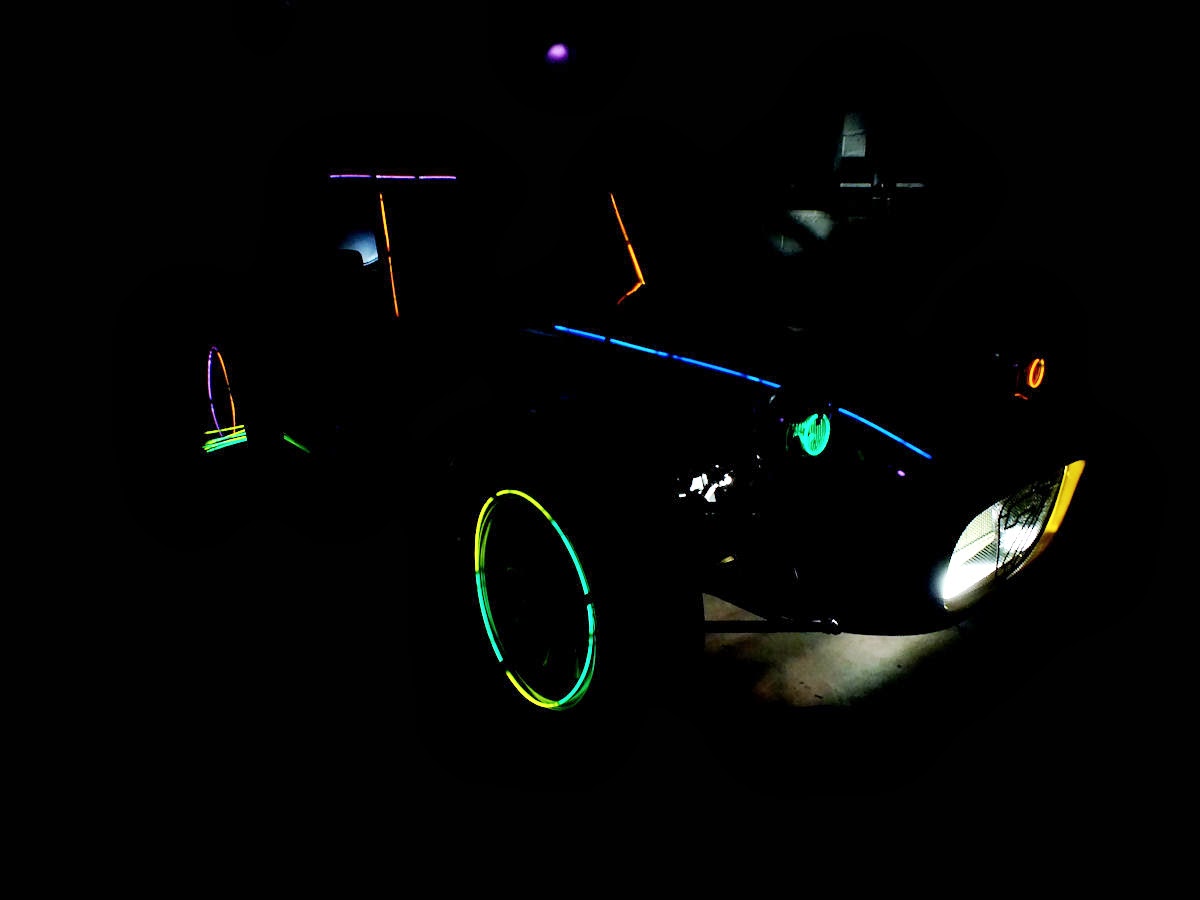 Could have done with some more glowstick to create some tyre marks. 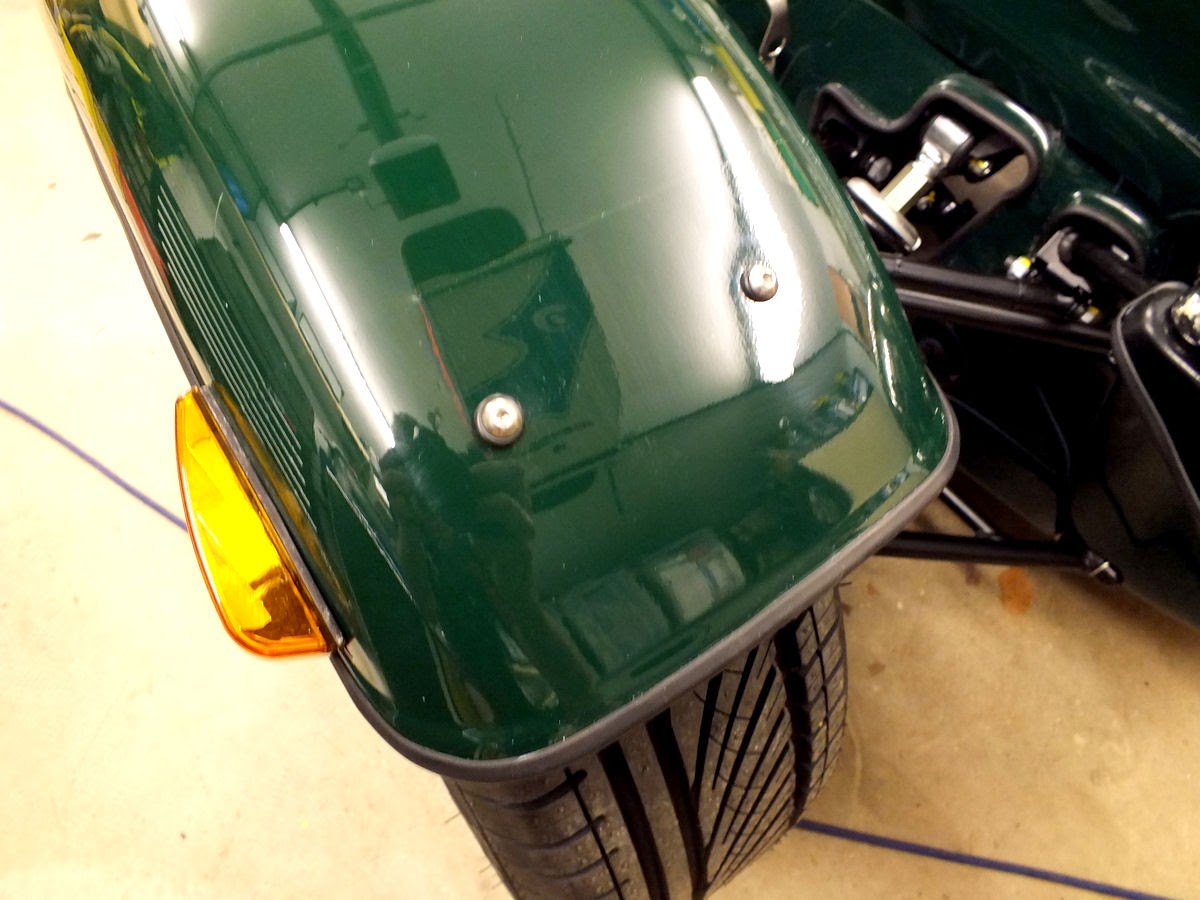 Paint Protection Film on the front cycle wing.  Last night it seemed to be quick marked but I guessed that was the glue drying.  By this morning it is much much better albeit with one tiny air bubble which I must have missed yesterday.  Not a huge issue.  Quite pleased with the result.  I will choose another small area to have a go at before tackling the larger more serious pieces. 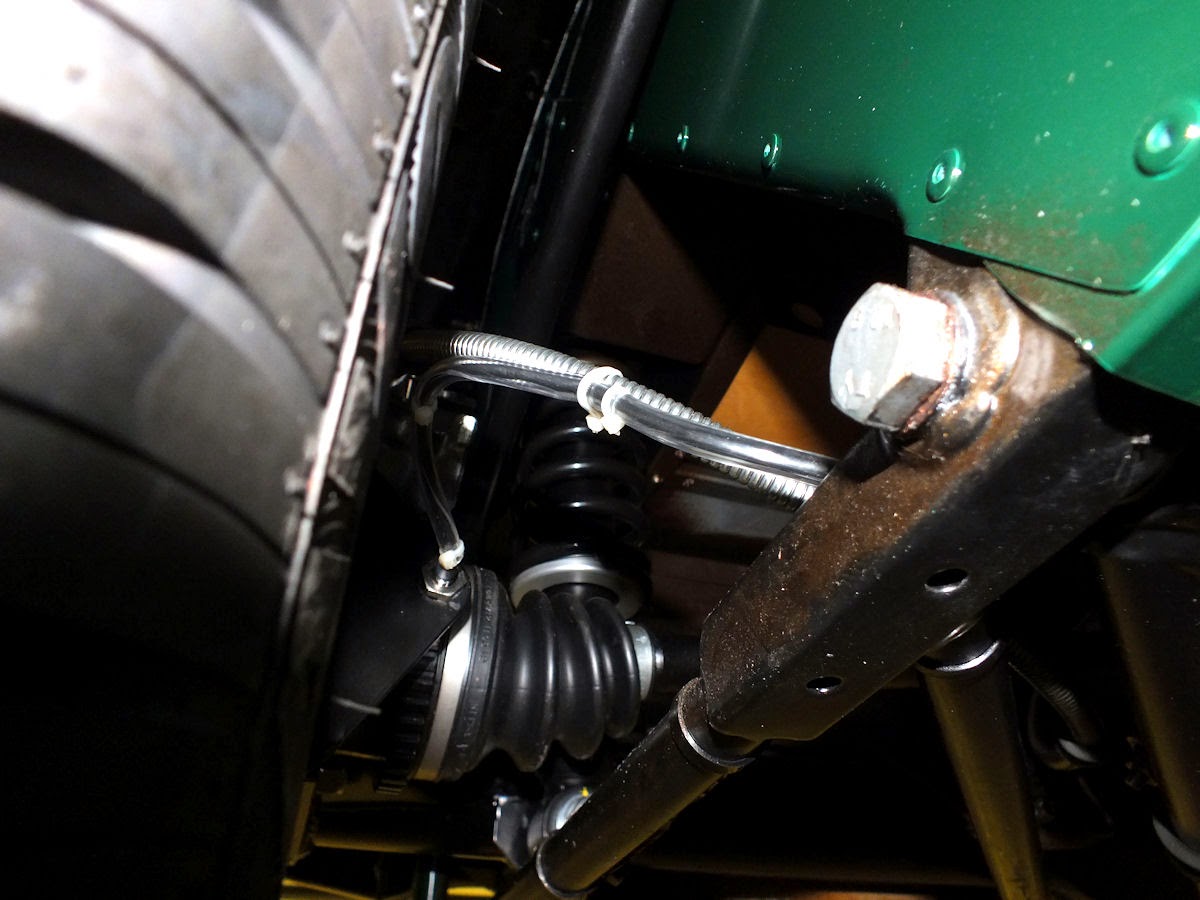 I slit some washer hose and put it over the speed sensor cable.  Tie wrapped into place. 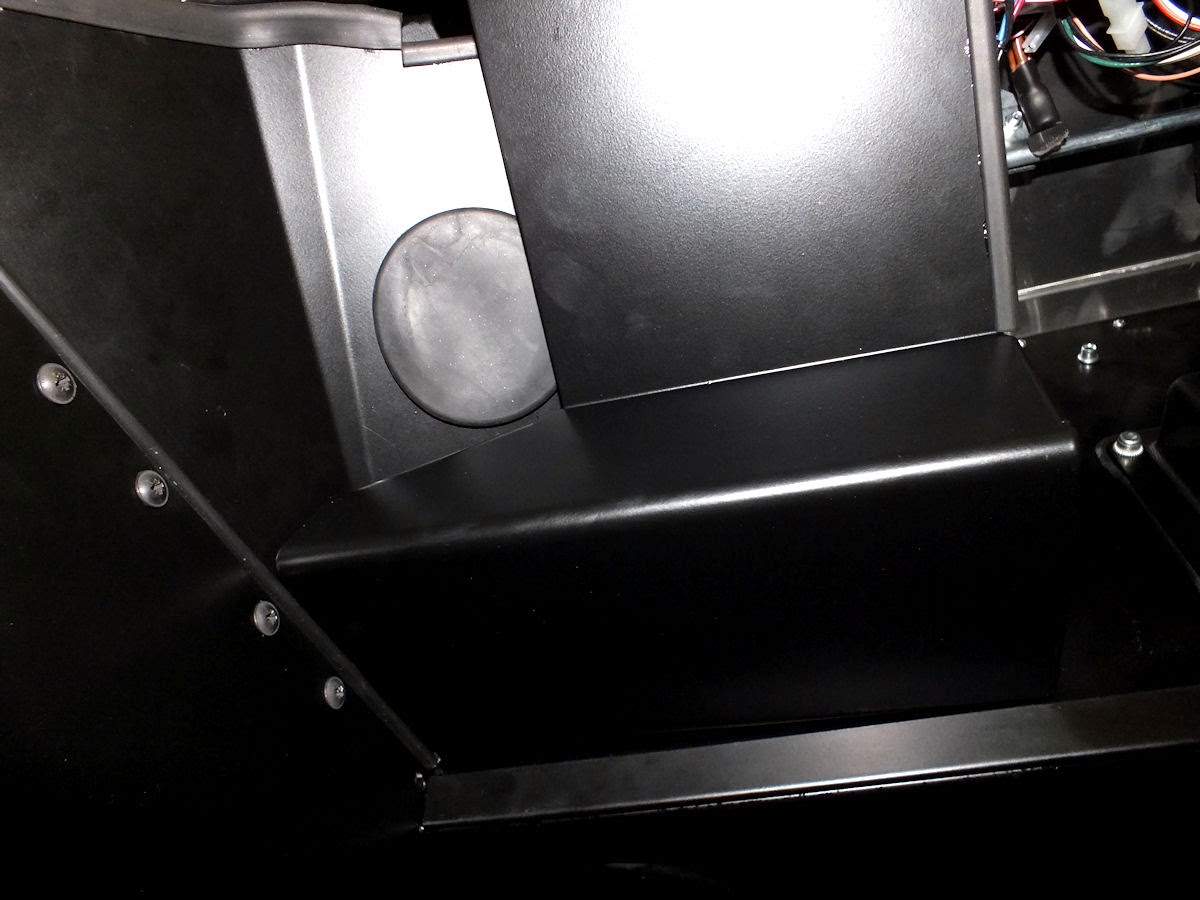 Square block, round hole, blah blah.  I could not see how this was meant to go in until suddenly, doh.  In it went.  I had it in my head the box part had to go on top of the fuses. 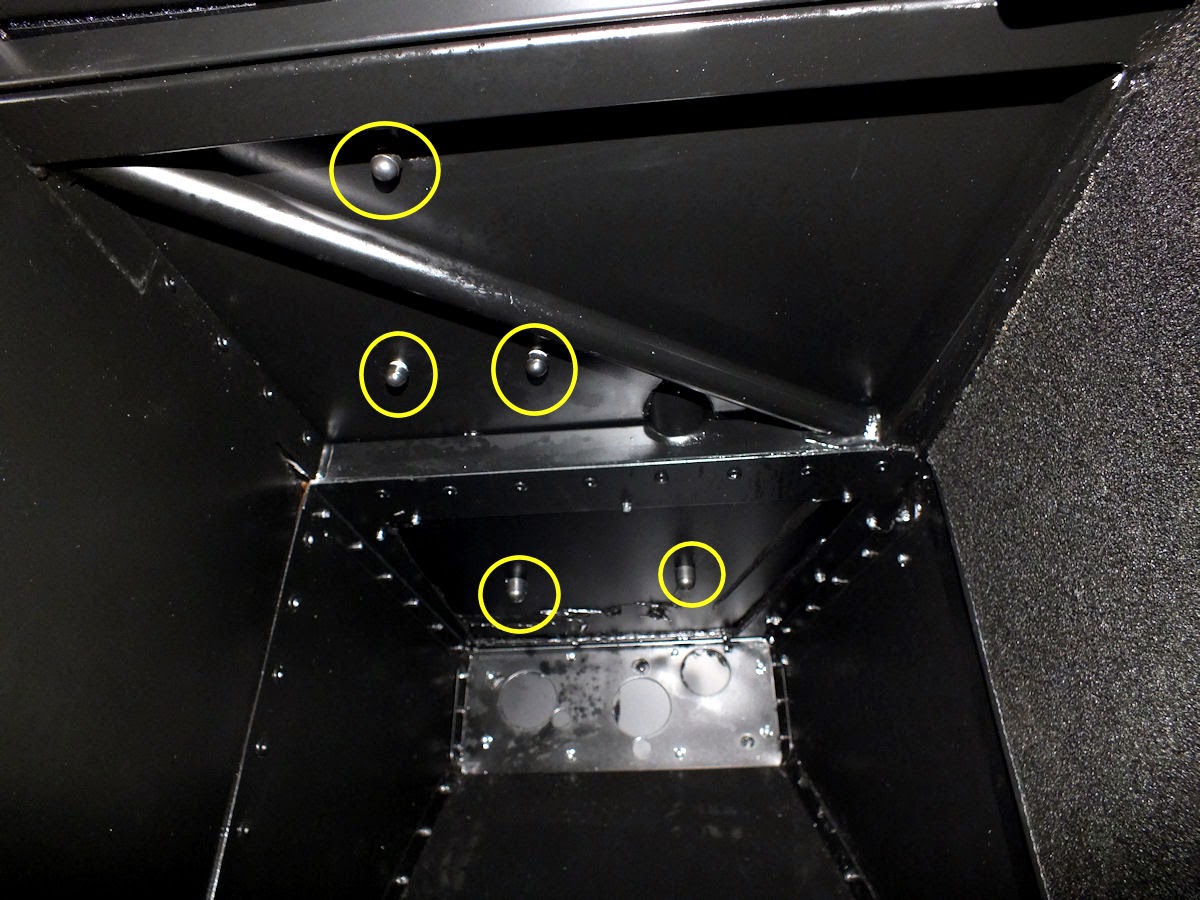 Not sure if these are needed but I put them on anyway.