A great start to the day with the two boys each getting MOTM in their respective football games.  After lunch I decided to go and do the painstaking IVA stuff.  I found loads of info on blatchat, had the Caterham list and the LADS advice to go with. 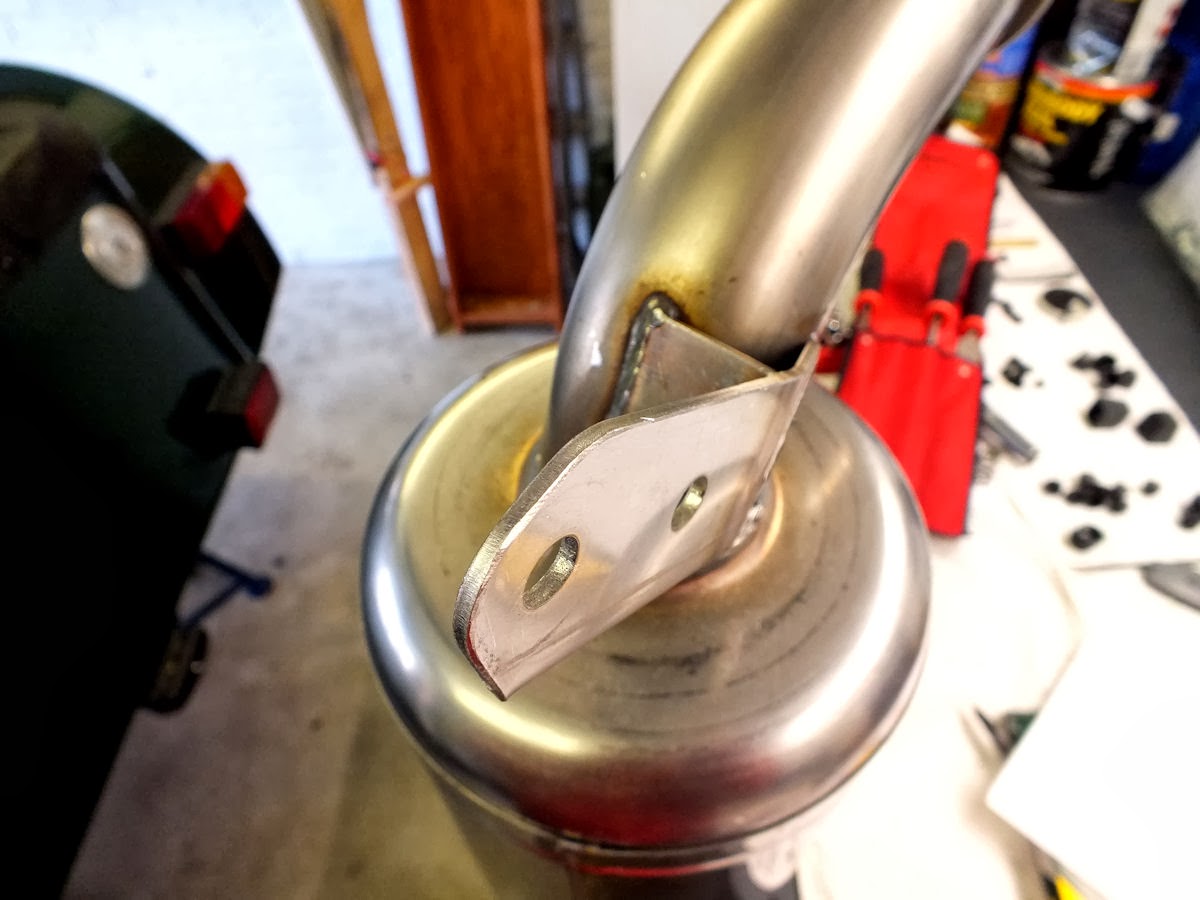 First job was to take the sharp edge off the exhaust bracket. 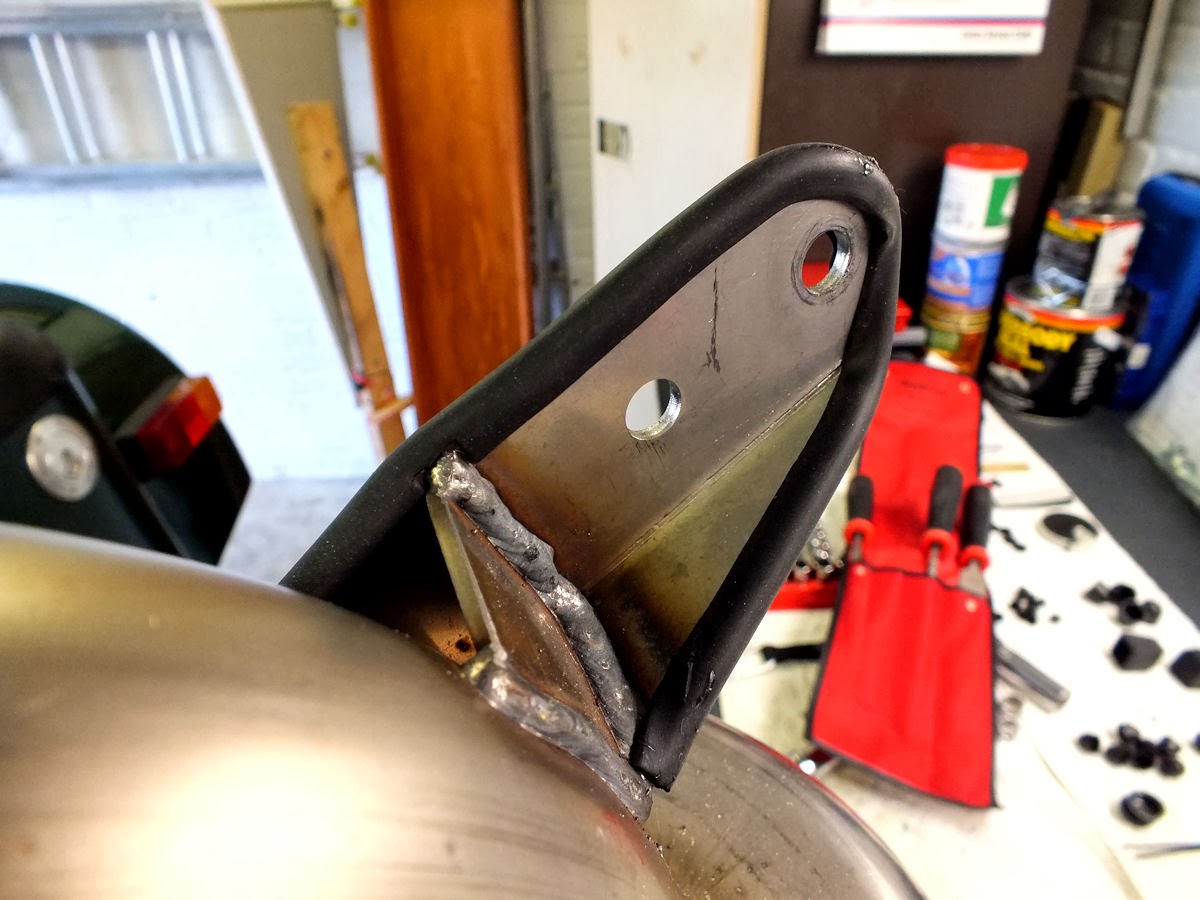 I added some trim to the bracket. 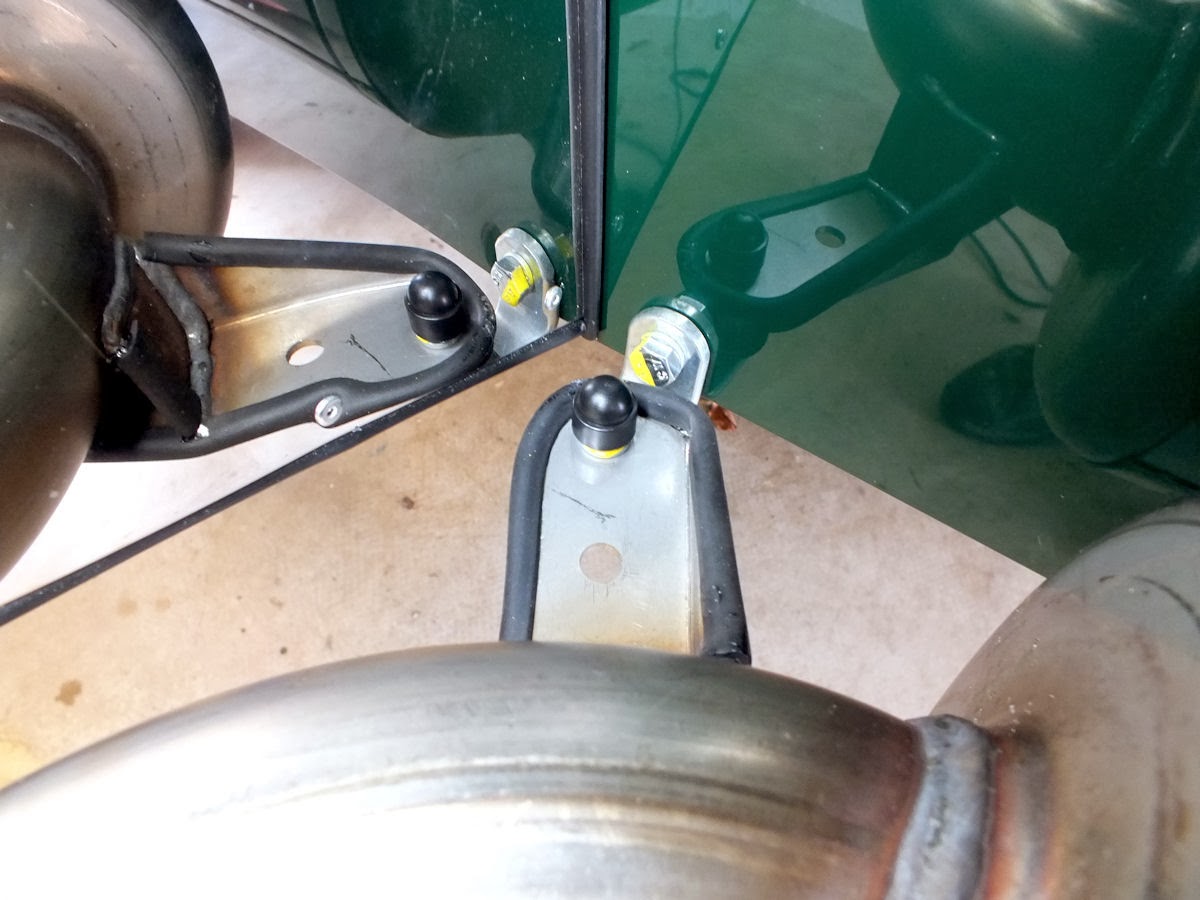 The exhaust back on the car. 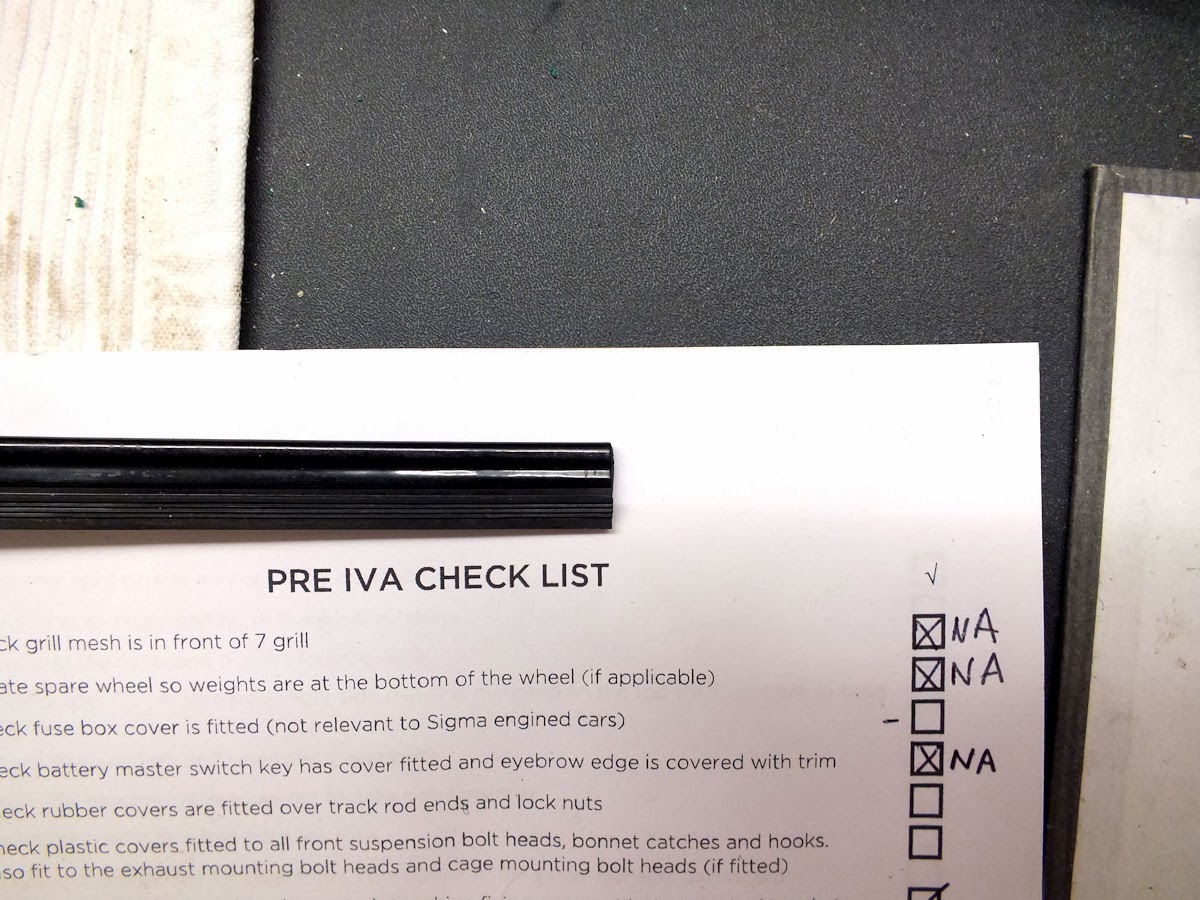 This is the original widescreen wiper. 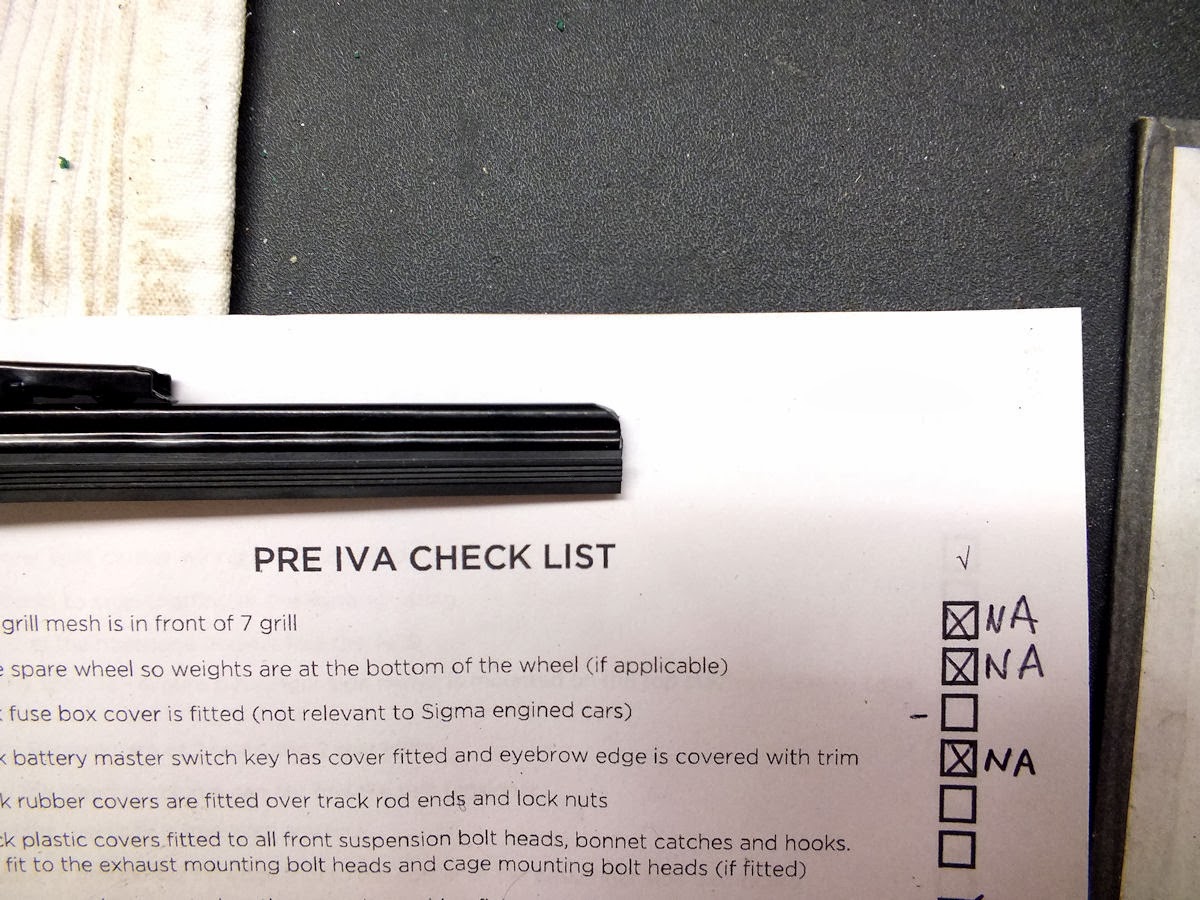 This is the wiper after it has had the end rounded with a file. 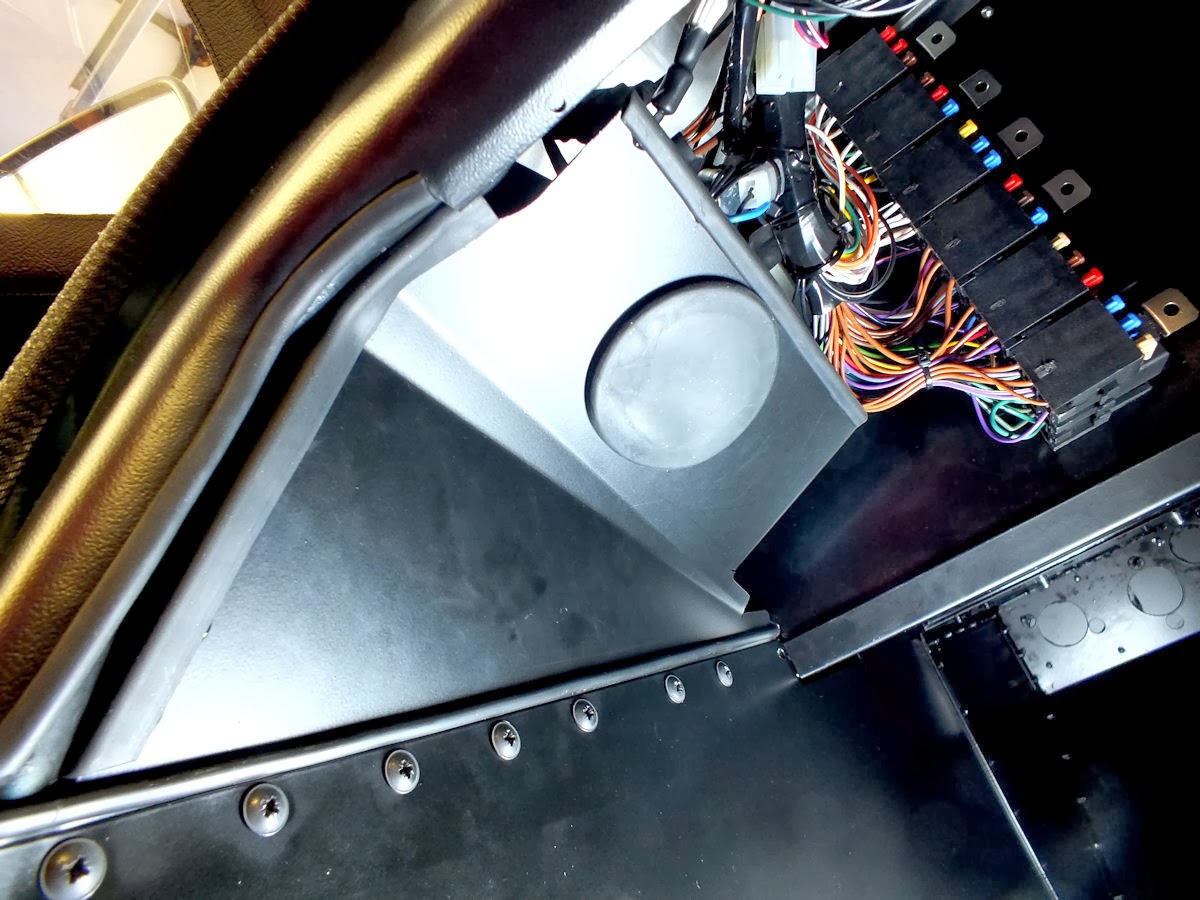 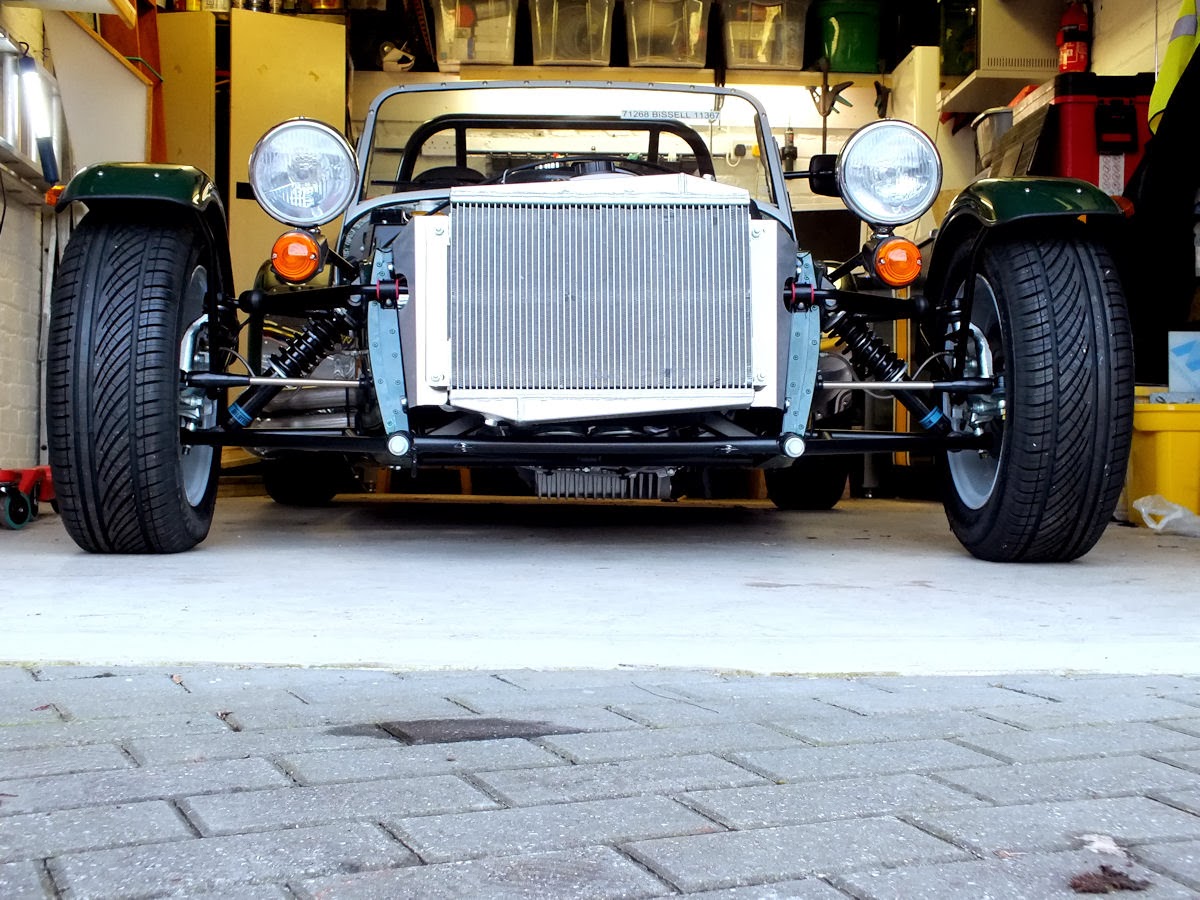 The wife and myself then lowered the car to the ground.  I have to say it was quite a task without a high lift jack.  I had to use planks of wood and drop the axle stands one pin at a time.  It was a worry watching the car wobbling about and to make matters worse I whacked my thumb with the axle stand. 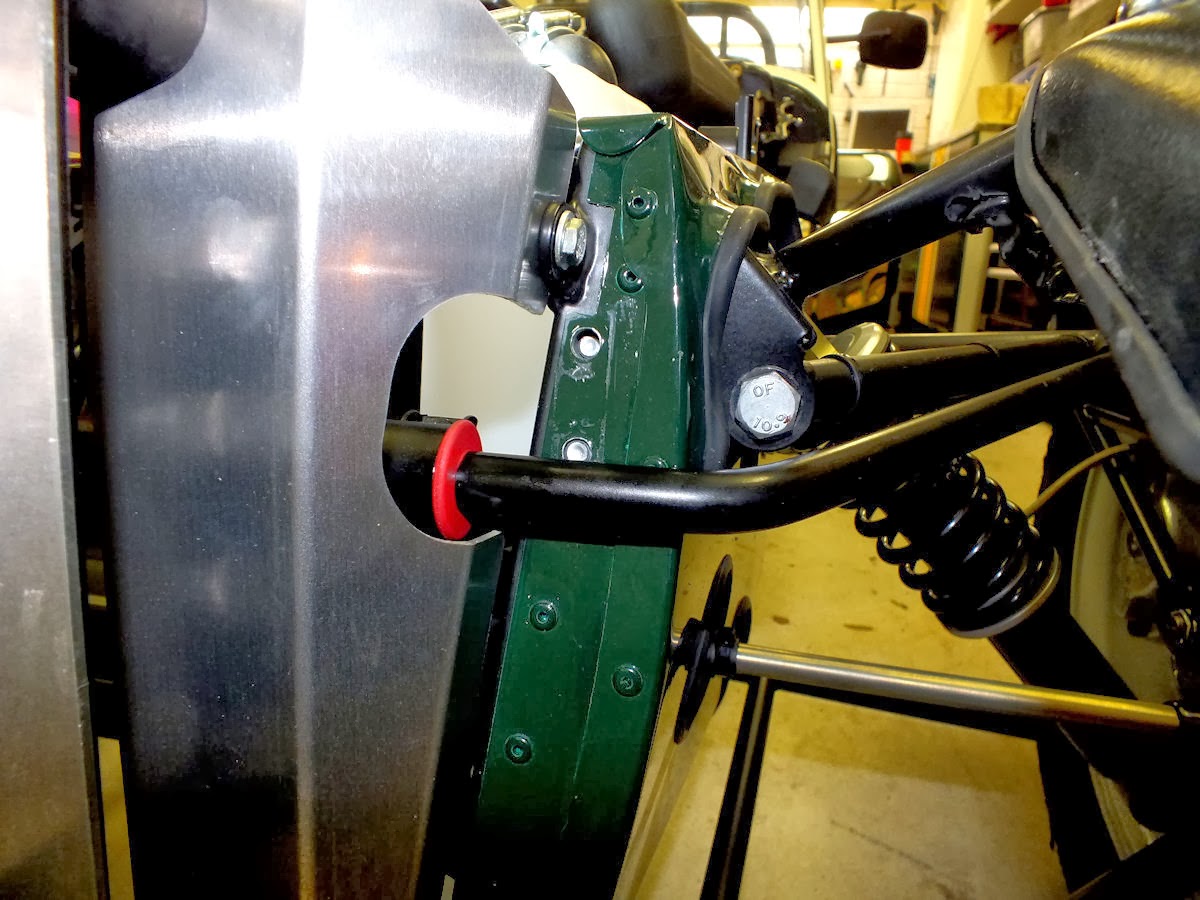 I had to undo the ARB bolts and drop the bar down so I could torque up the wishbones now that the car was on the deck. 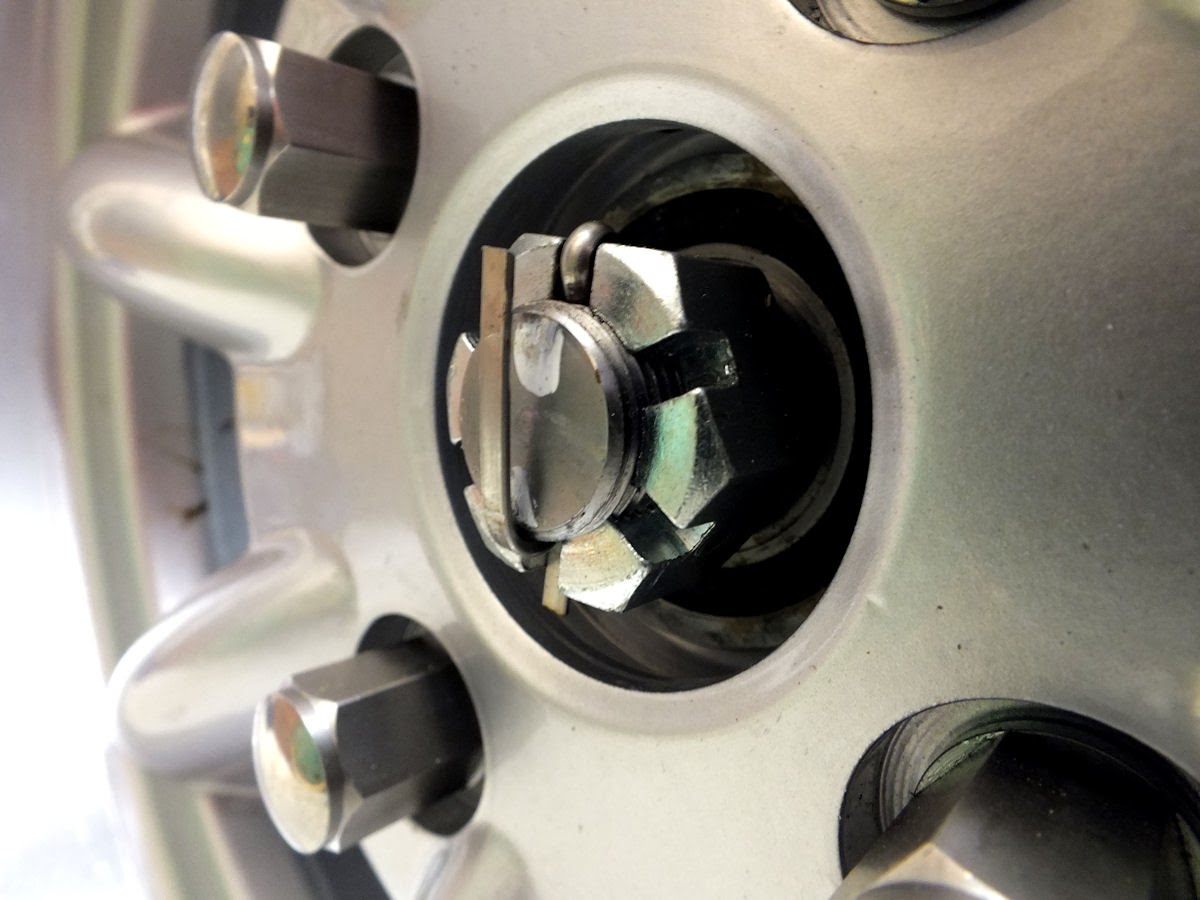 Having put grease in the front hubs (thanks LADS), I got some new pins from ebay and inserted them as shown. 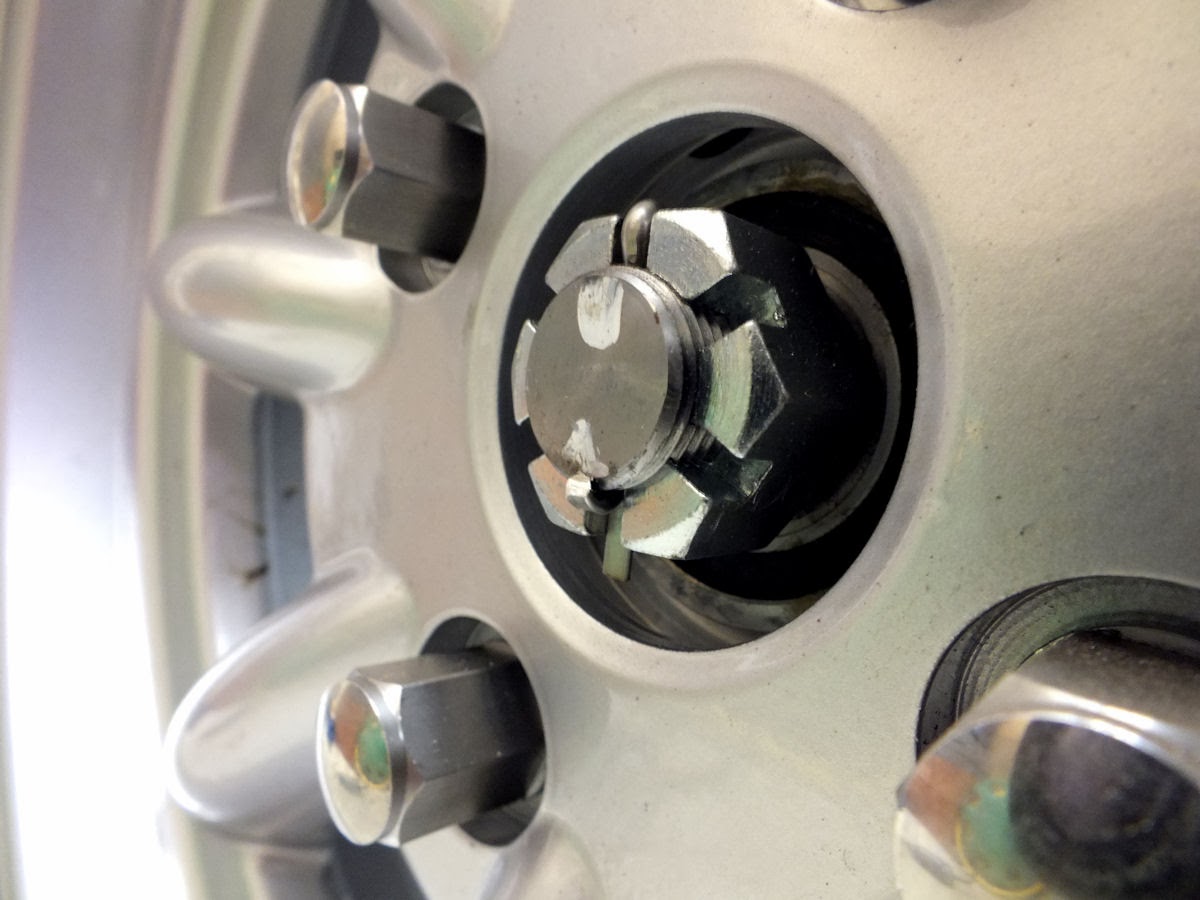 When I went to put the silver plastic gaps on the wheels the split pins were preventing them sitting flat.  So I took the dremmel to the split pin. 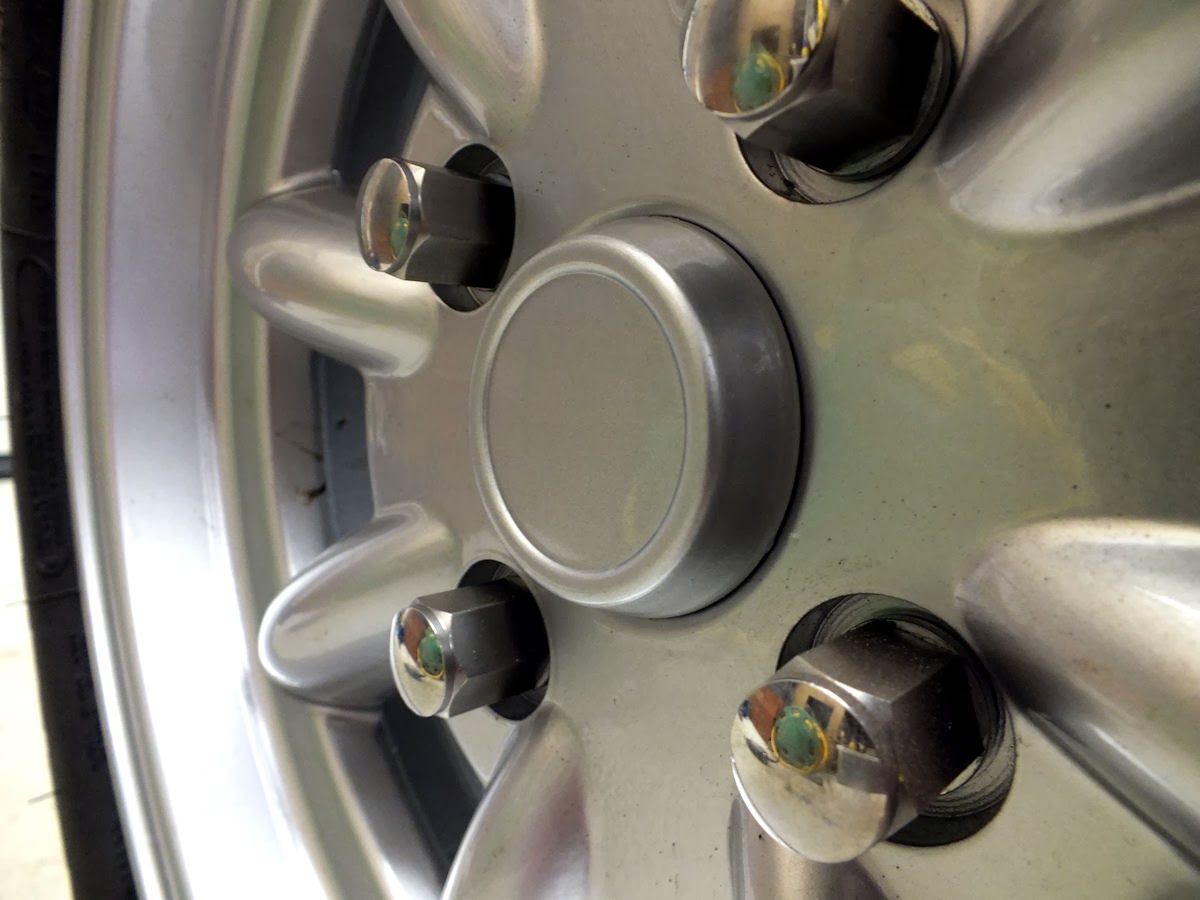 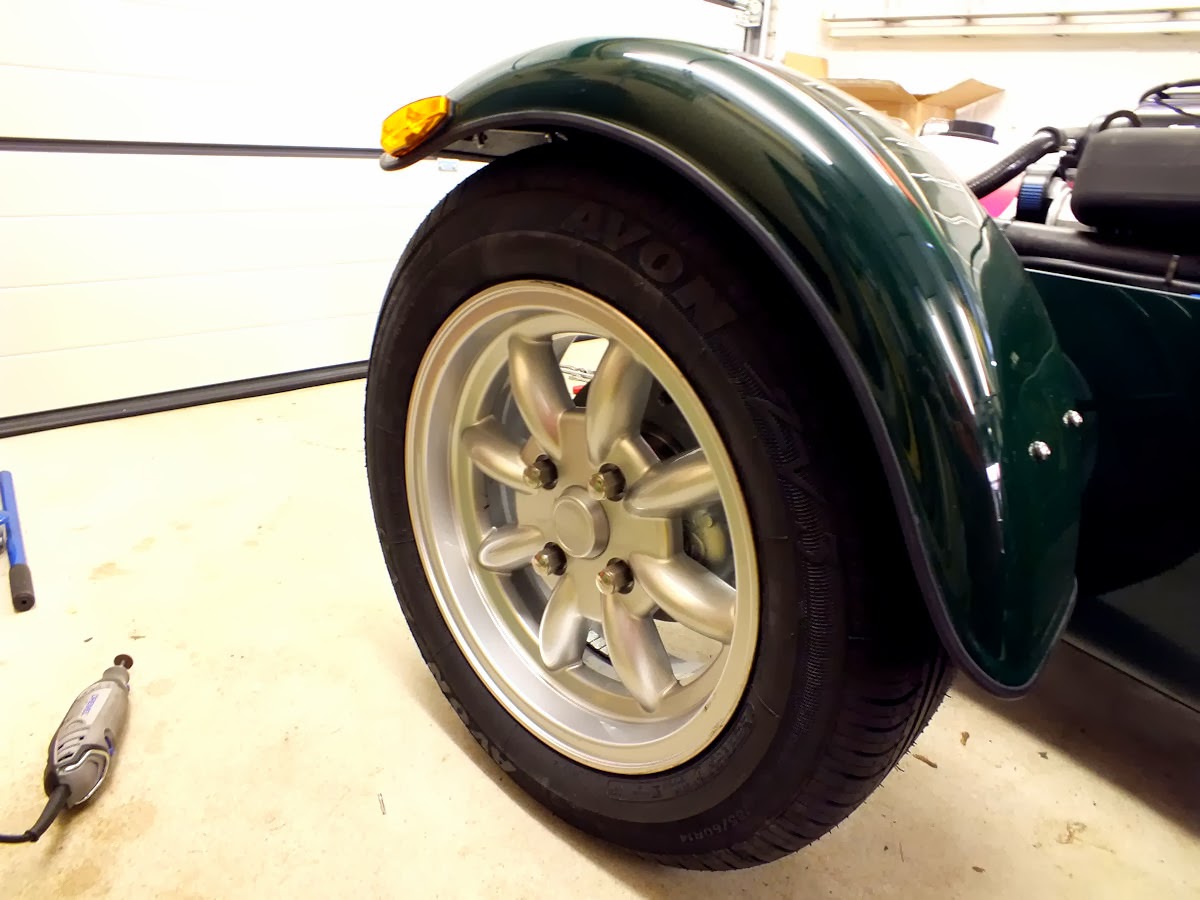 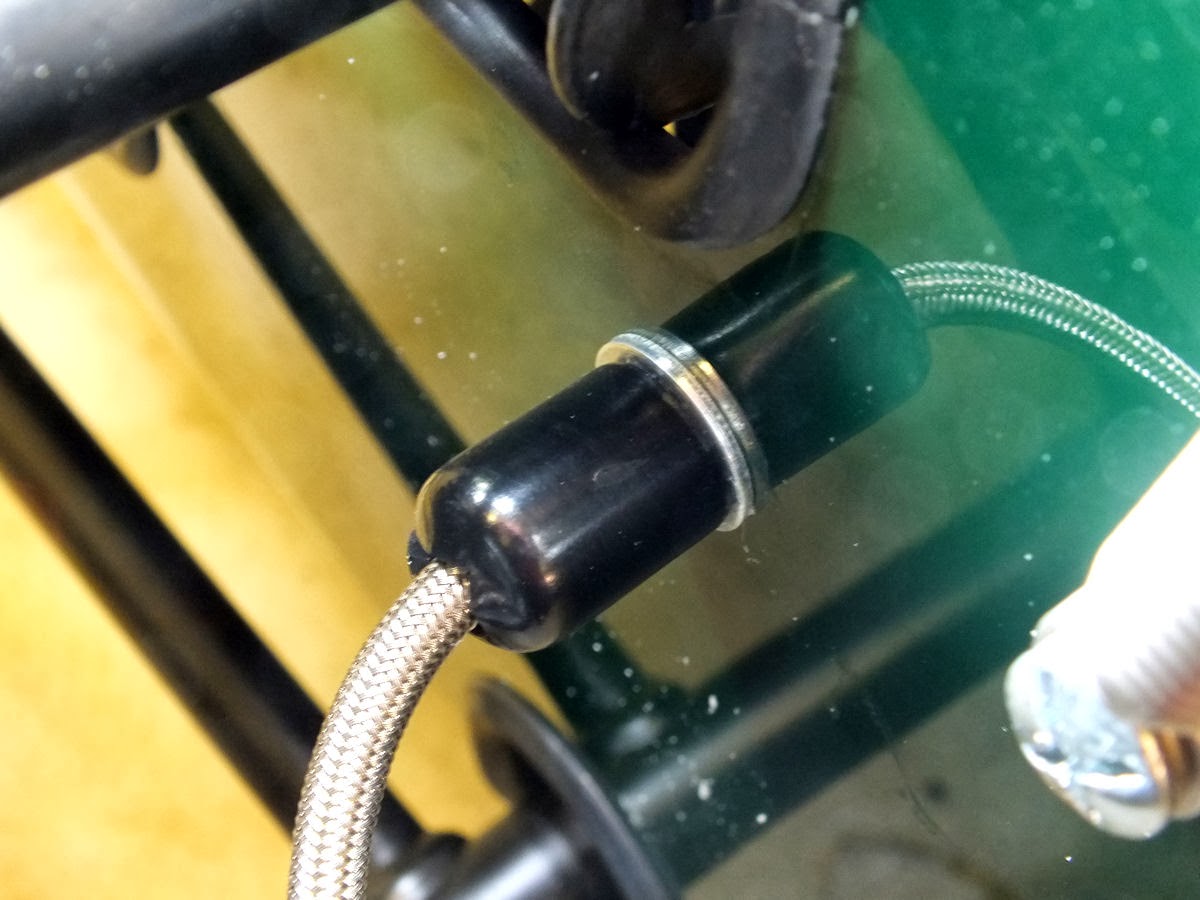 The IVA pack is kind of good from Caterham but you are then left to guess where the bits should go.  Some are obvious and some are less so.  I used these long bits to go over the brake unions on the body.  I had to split them to get them over the pipe.  I superglued them back together then filled them with silicone.  !!! Bloody Manual could have mentioned the need for these when I put them on first time around. 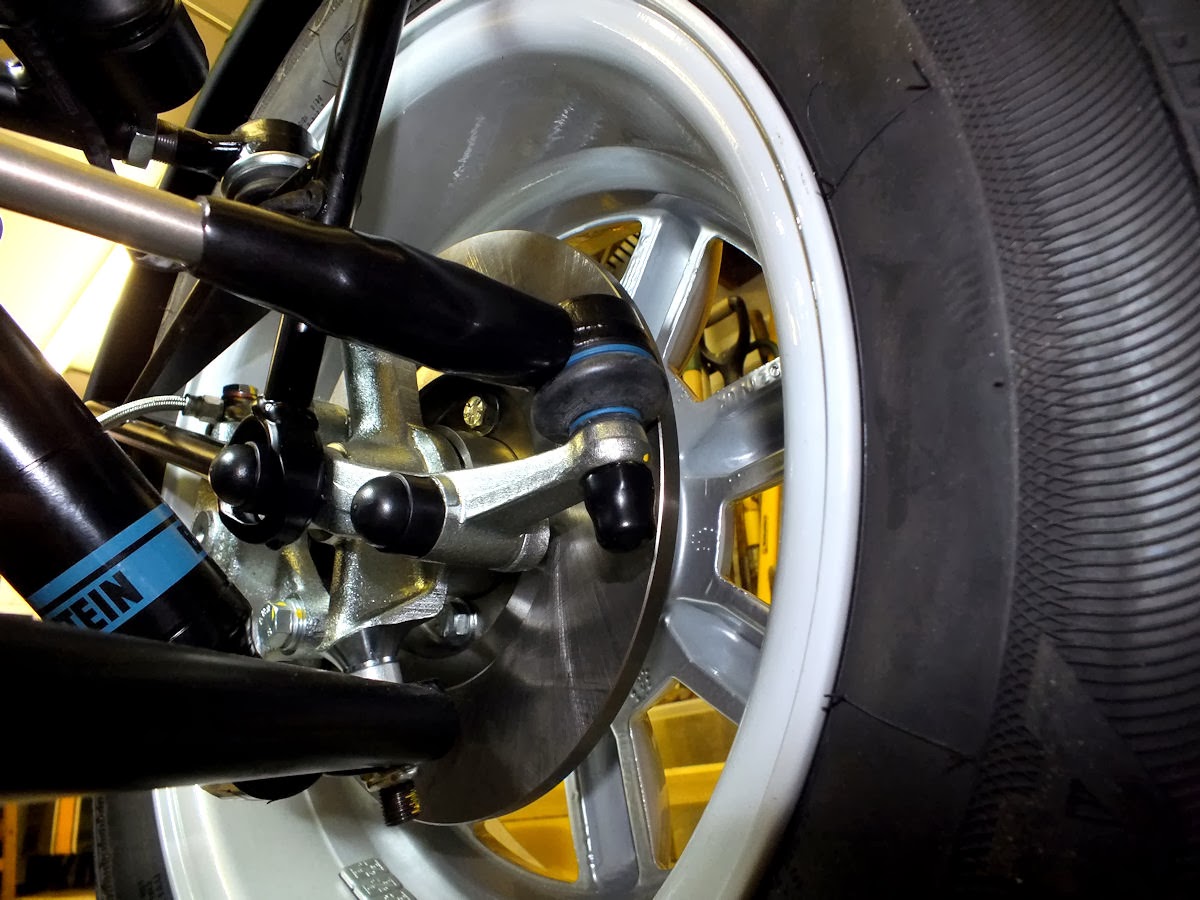 The bolt covers for the front wheels are fairly obvious, but, do you need one on the lower upright bolt.  According to Caterham you do not need covers on the upright bolts.  I have however purchased some more from ebay anyway.  For the sake of £2.20 for 10 I may aswel take away the chance for the IVA test center  to fail the car. 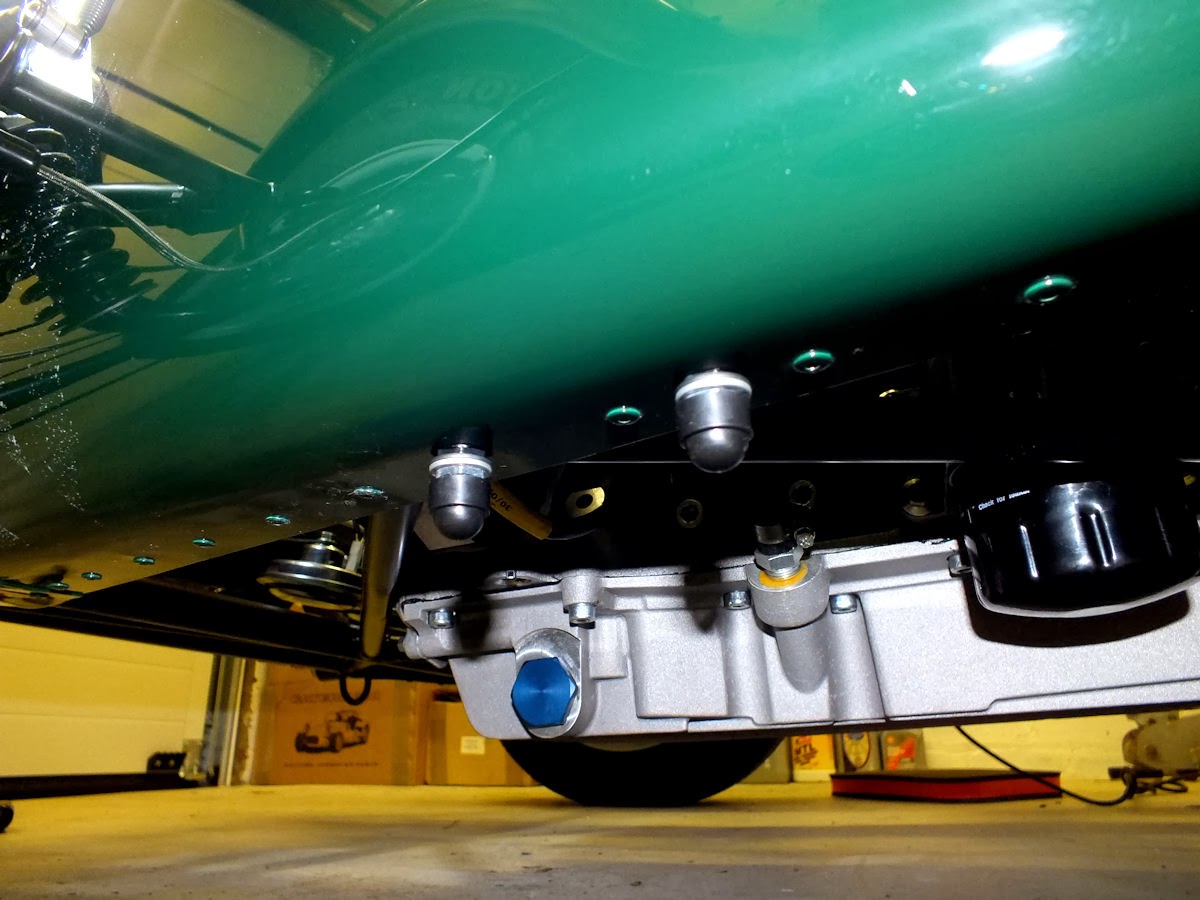 Should these be here ?  I have no idea but where else should I put them?  Caterham said these are not needed.  However with nowhere else for them to go they may as well stay there. 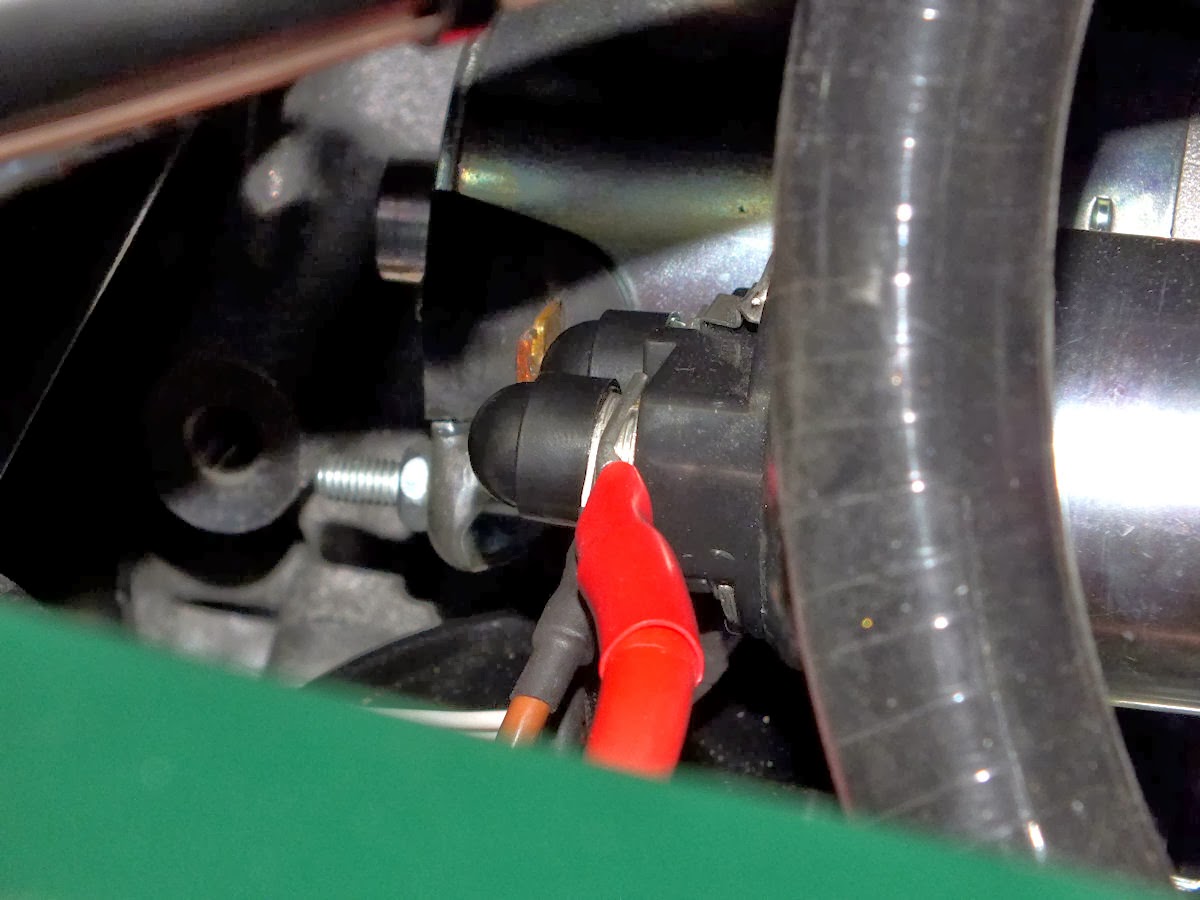 The Caterham IVA guide mentions gaps on the starter, I hope this is correct. 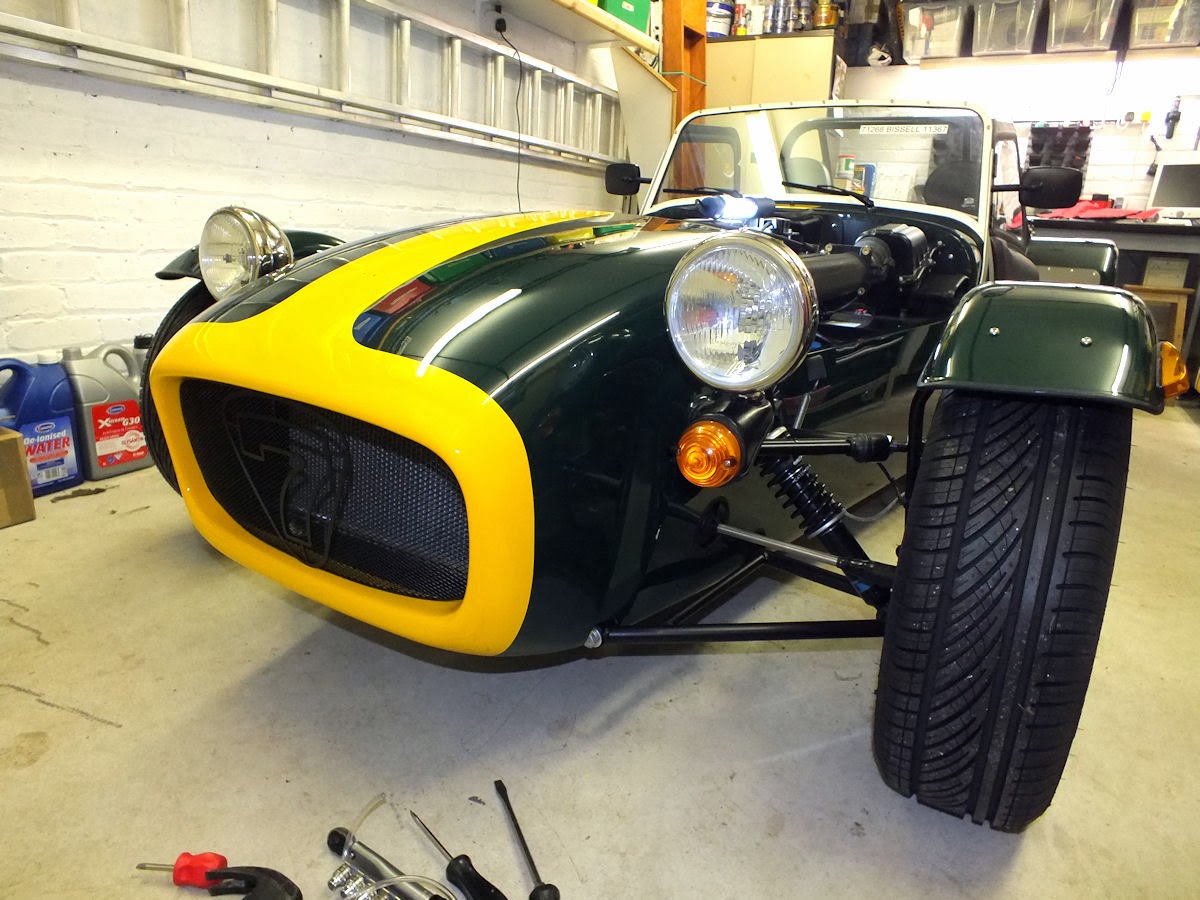 I finally reached a point where I thought I could put the nose on and not really need to take it off again. 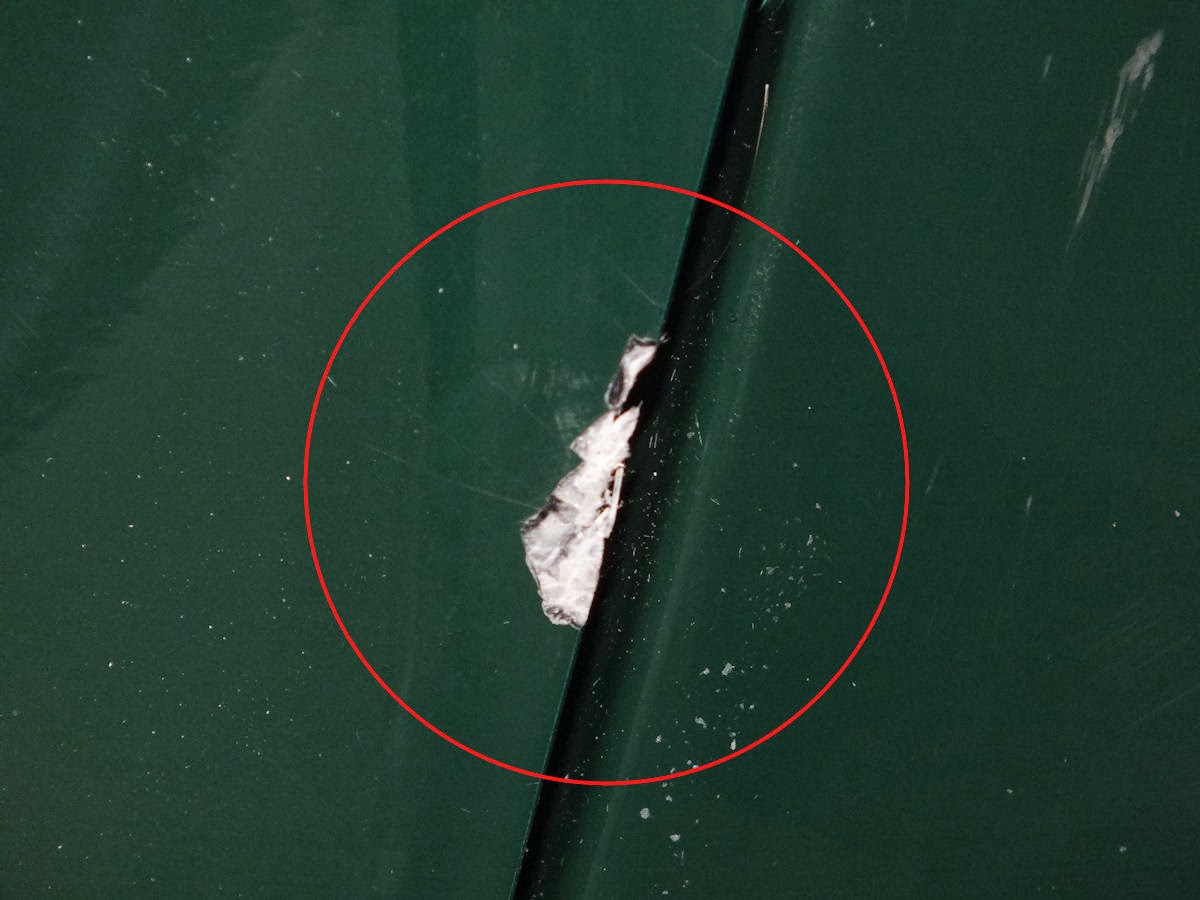 I was somewhat annoyed to find the nose slightly damaged on one side (1/2" of flakey fibreglass on the edge under the indicator).  I will mention it to Caterham on Monday.  N.B. Apparently Caterham will assess the damage during the PBC and decide a course of action.  Does that mean charge me to fix it ??? 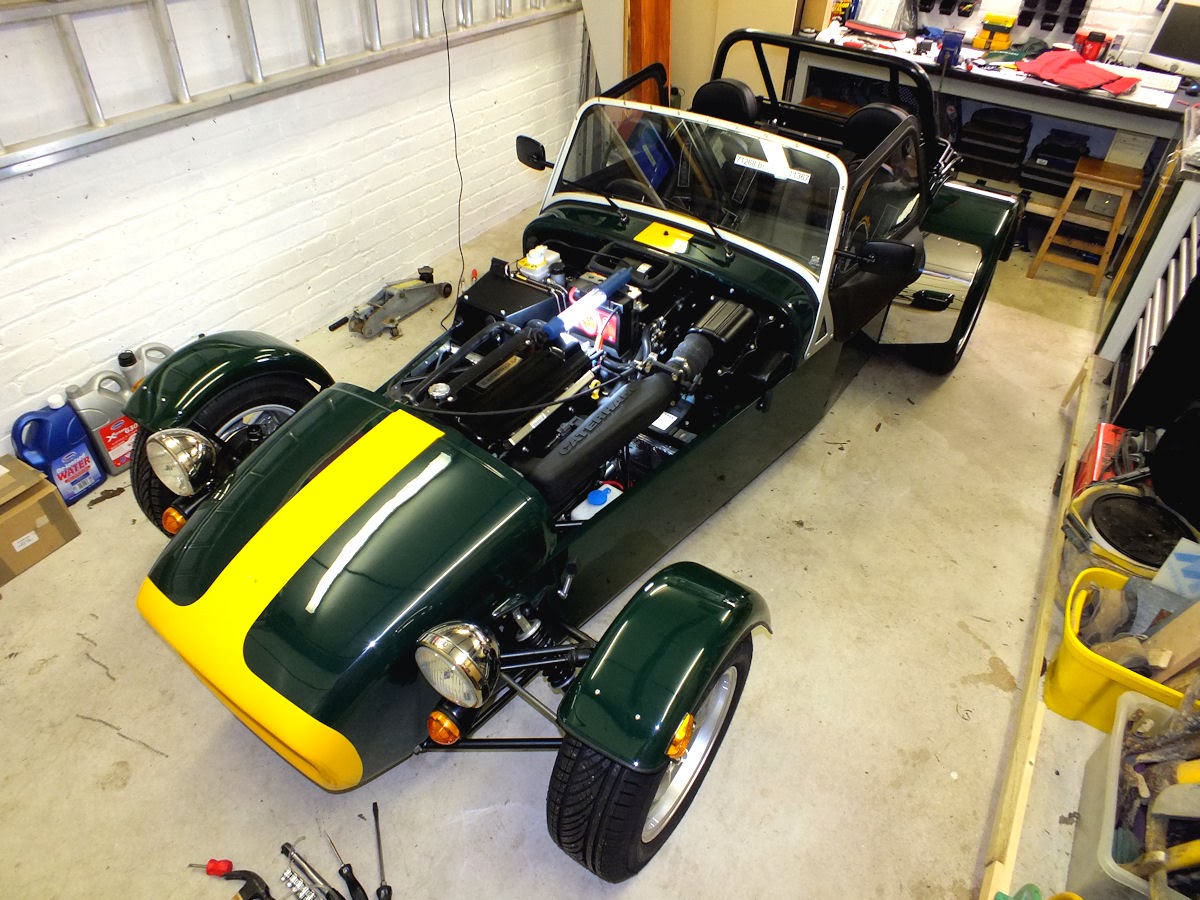 It's looking good and indeed very small now it is on the floor. 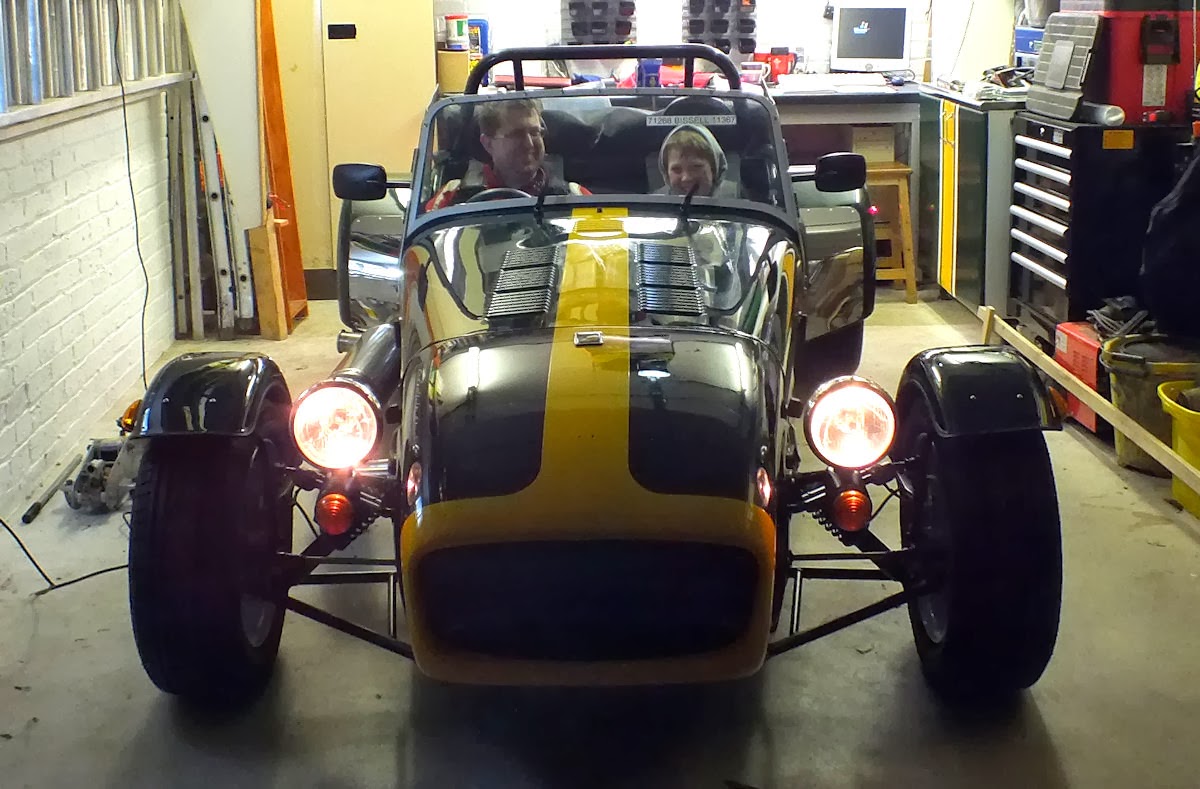 Me and the eldest playing with switches and driving a yard forward then a yard back. 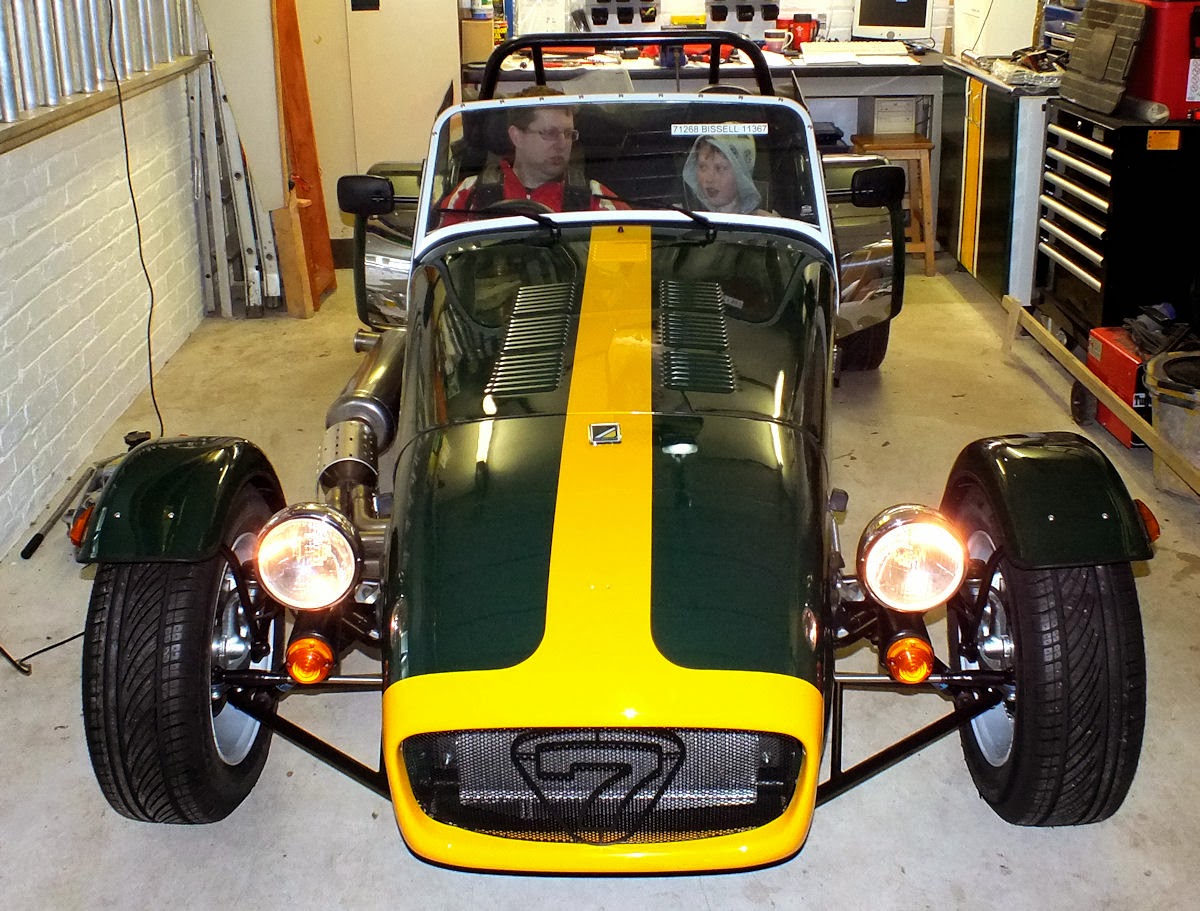 Another pic of us playing.