Managed a couple of hours this afternoon. I put the centre mirror on, a few stickers, a few more caps and some glue on the upper wishbone trim. 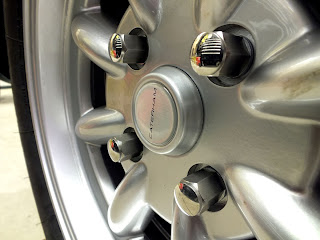 I put the Caterham stickers on the wheel hub. 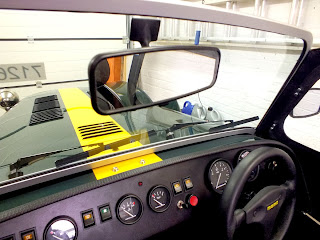 I cleaned the glass with some alcohol wipes before mounting the center mirror. 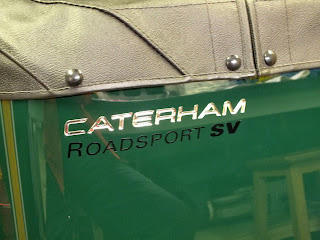 The stickers on the back went on. 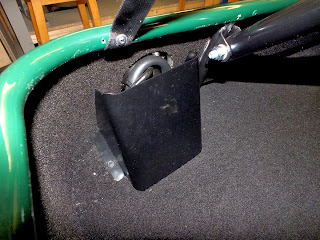 The fuel filler cover went in.  It surprised me at how much of the fuel system is still on show.  It turns out this is not correct and Caterham said they would sort it during the PBC.  However I want it sorting before the PBC as I am getting the car IVA'd before the PBC.  Just need Caterham to send the correct part. 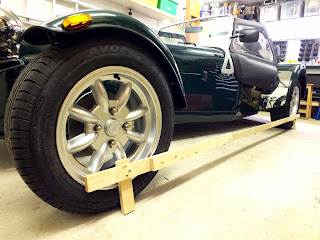 The piece of wood is my way of testing that I will actually be able to get the car down the steep drive.  Would have been a nightmare to build it and not get the car out of the garage.  I had done this previously when laying the drive but I was somewhat guessing at the true gap under the car.  My car now it is down on the wheels with 20PSI in the tyers, sits at 125mm to the lowest point in the centre of the car.  When I push the stick down the drive it seems as though the car will have 25mm clearance at the worst point of the curve.  Which seems fine to me.
Posted by apbissell at 20:41