IVA
I applied for a test date on the 24th April and today I was given a date for the last week in March.  I have a few jobs to do prior to the test :

Engine Hunting and Flat Lining
I have had the engine running a few times now.  I have had a lot of white smoke but today I ran it until it was warm and the fan was kicking in and the white smoke died down.  The fumes still smelt rich although that may have been the garage being full of smoke.  (The door was open).  Anyway I have attached a video as it does not seem right to me that the engine should lag on a press of the throttle and die very low.  If you have any thoughts as to whether this is normal or not I would appreciate it.  I will check the idle RPM seperatly to the caterham tacho, I will also test the Brown / White voltage on the TPS.

Paint Protection Film
I finally decided I would put some film on the car.  Went round the houses as to which one and in the end settled on the idea that any are better than none.  Hopefully it will arrive this week and I can apply it next weekend.  Premier Paint Guard

Caterham and the PBC
Really wondering about the value of the PBC.  I have read and heard so many horror stories of high costs to put right stuff that should have been made clear in the manual.  The last two questions I have had for Caterham were met with 'we'll do that in the PBC'.  My view, 'how about sorting it now given that I have already paid a lot of money for the car'.

I have been quite happy with the process of the odd bit missing or needing a bit of clarity with regards washers etc.  I consider it as simply part of the experience and indeed the speed of response has been nothing but first class.  In many ways it is inevitable for a low volume manufacturer to get every thing spot on first time.  But just in the final stages I am starting to feel there is too much reliance on the PBC to pick up on things that Caterham are aware of but have not sorted out.  I imagine the feeling of the last few days / week will fade once the car is on the road.


Brake Warning Switch still ON
When I revved the engine the first time of starting the brake warning light came on.  The LADS confirmed it was due to the brake fluid being low and so we topped it up and low and behold the light went out.  However when I turned the engine over again this weekend and rolled the car down the steep drive, the light came on again.  I checked the level but to be honest I can't get anymore fluid in.  Is it likely to be an issue with the car going down a steep drive and fluid getting onto the contacts inside the master cylinder?

RESOLVED - Thanks to Paul at LADS, it turns out that the light also comes on with the handbrake so there is no problem.


Air Intake Misalignment
The image below shows how badly the air intake lines up with the mesh & hole in the bonnet. 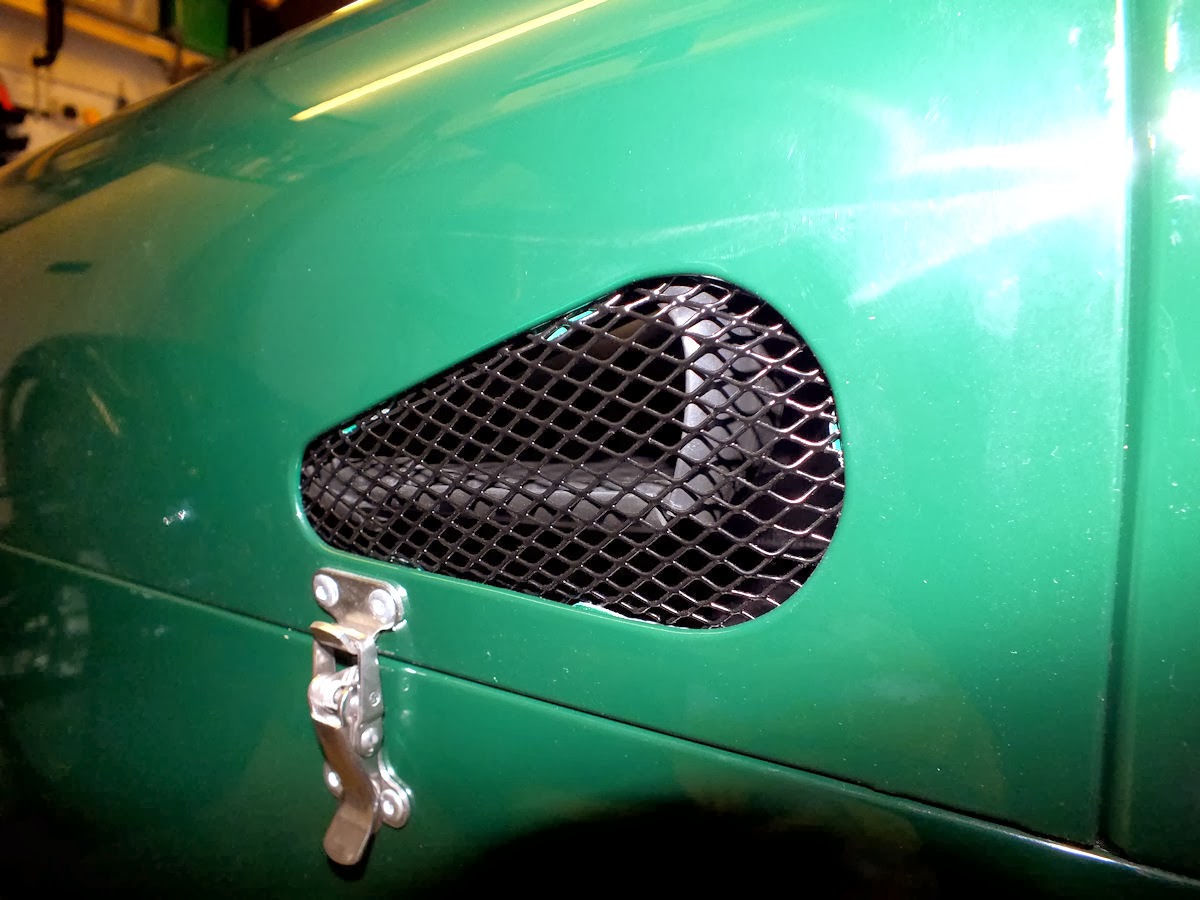