Decided to go back to the garage after the rugby to do a bit more work on the car.  Peter (LADS) came around to help out with the rear hub nut and also sample my soft brake pedal.  So with Peter confirming the 41mm nut is ok just a bit big for a 41mm socket I set about filing the edges down.  So jobs complete include :

Once I had filed the nut down (it only needed a little bit of filing).  Thanks for the help Peter, I had visions of having used the wrong nut and cross threading my drive shaft.  Hitting 270Nm wasn't as hard as I thought it was going to be.  The handbrake held the wheel locked to allow me to torque up the nuts. 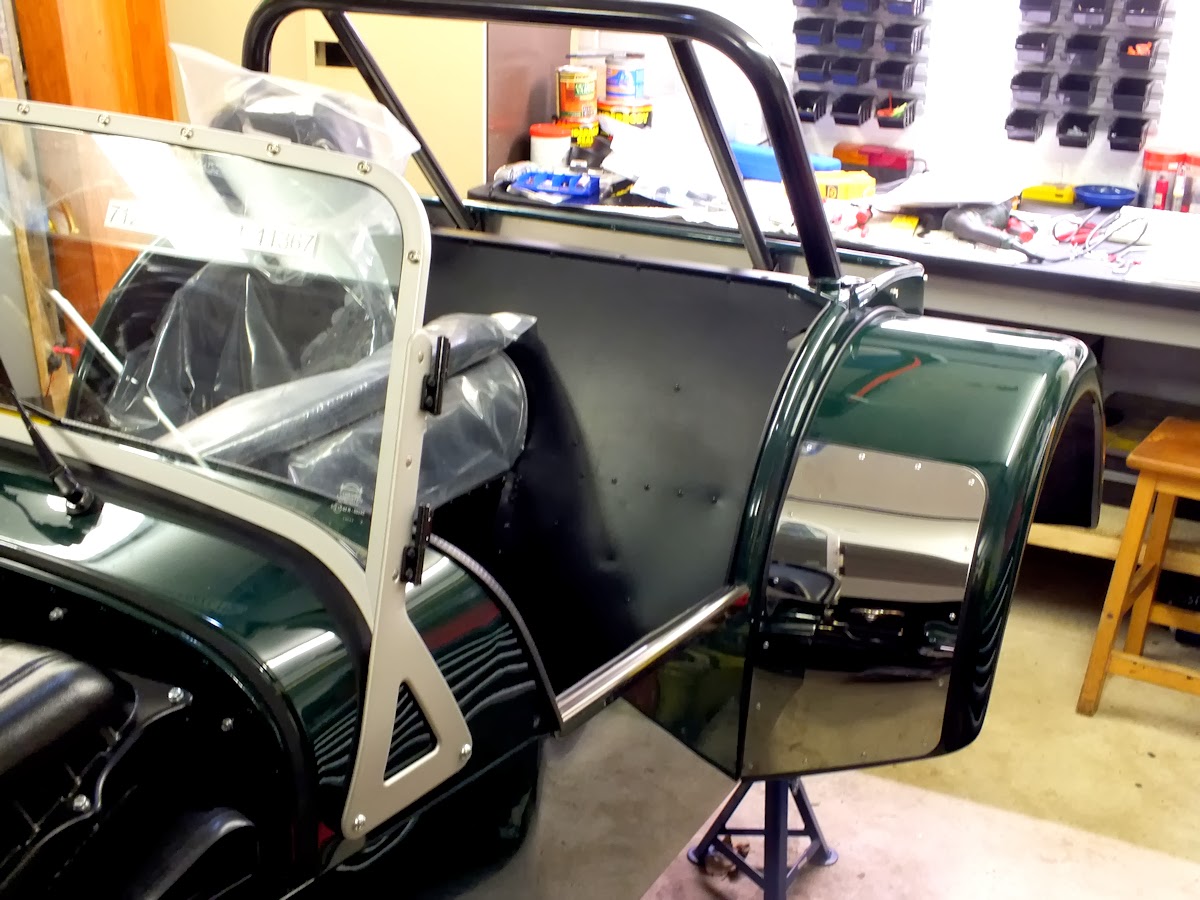 What a time consuming job.  As others had done I taped the rubber to the back of the chrome wing protector, the corners required 3 'V' cuts each to create a nice curve.  I then held up the plate to the wheel arch and drilled the lower left hole and rivetted it.  I simply then worked out from there up to the top right rivet.  Stupidly I kept forgetting to remove the protection as I riveted, so about four rivets have plastic under them. 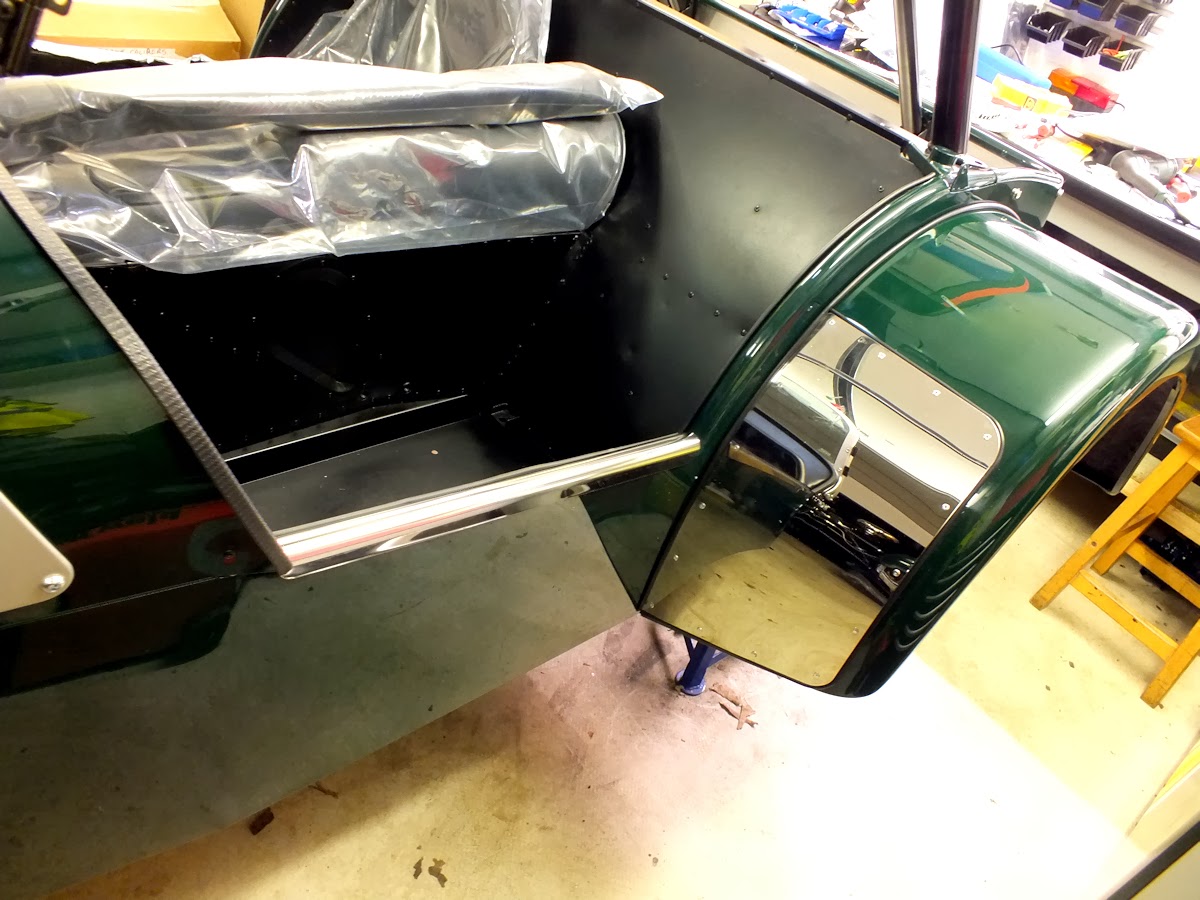 The sill protector went on earlier to day and it all looks very shiny at the moment.  Annoyingly (or not) there were a couple of marks on the shiny plates where the plastic had been hit and scuffed somehow.  On the other hand they are going to get peppered with stones so does it really matter.

I found I didn't have to cut 'V's in the wheel arch trim.  I warmed up the trim with the heater so it was pliable and it made a nice curve from one fixing point to the next.  It was when doing the bolts up that I regretted being so fee with the dinitrol around the fuel tank. 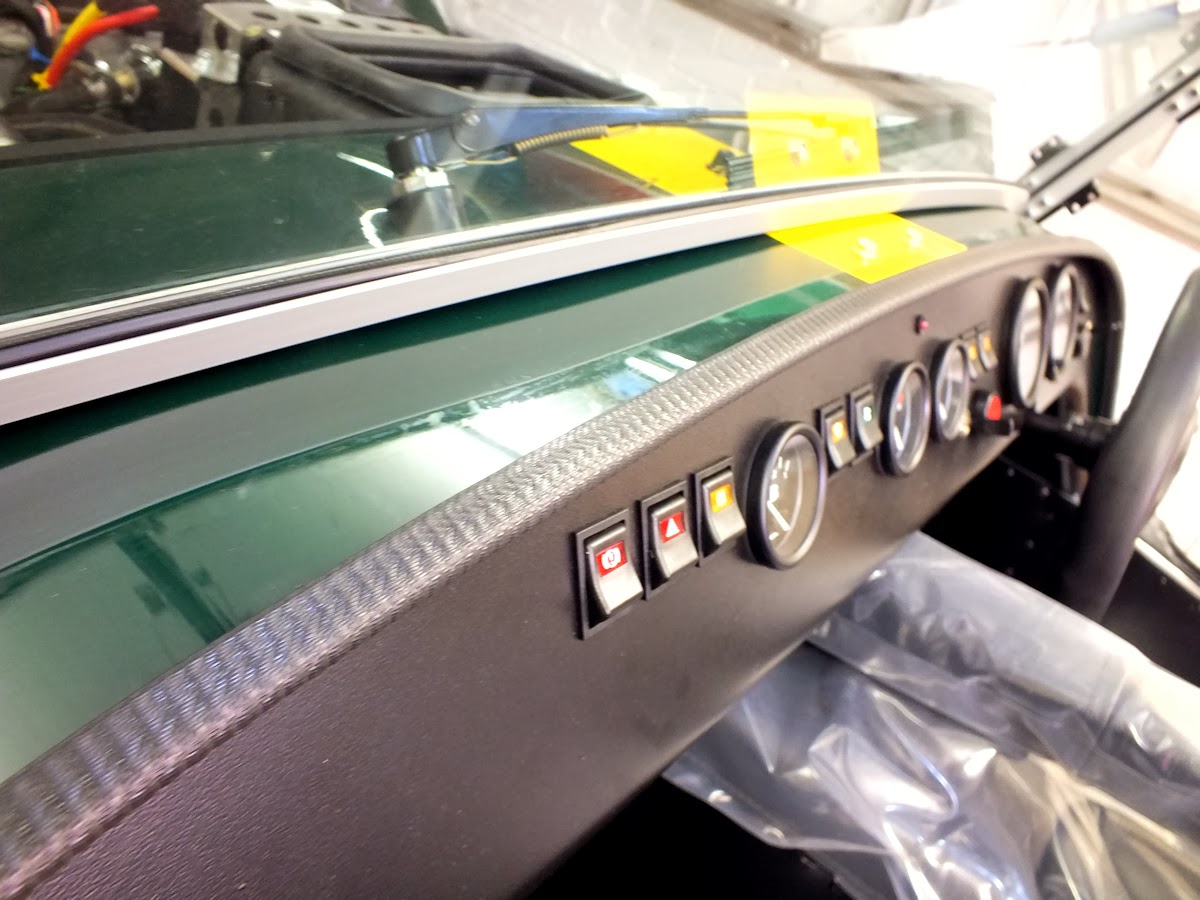 I used a line of impact adhesive to keep the scuttle trim on.  It's a tight fit anyway but I thought if the IVA boys are going to tug away at it then I should glue it on. 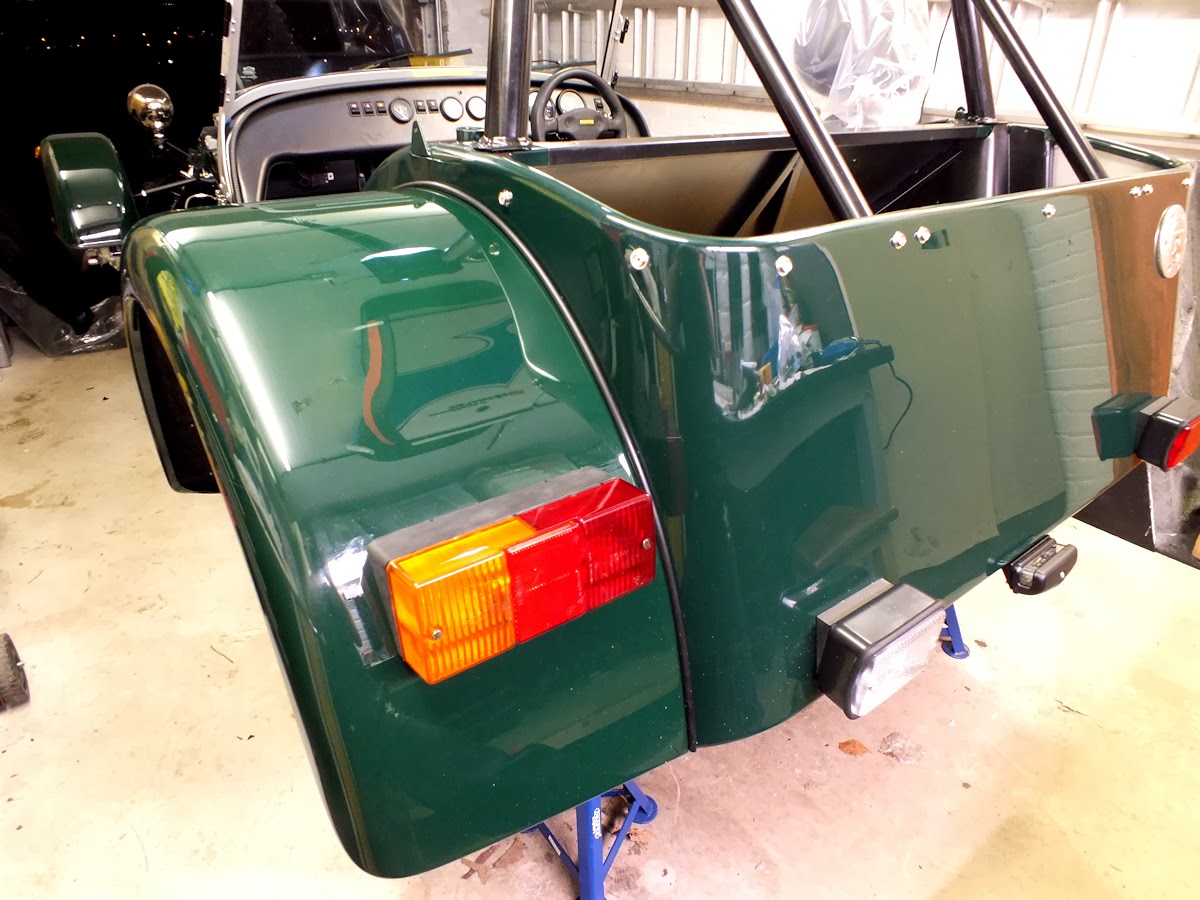 Finished the days build by putting the back light on.  It's look wonky in the wide angle shot but I assure you that I am hopeful that it is level when the car sits on its wheels.