The 20L jerry can arrived during the week so I headed to the local garage to get £28.15p worth (!) of fuel. Things didn't start well. The jerry can bendy nozzle, well, just bent off. It was probably too cold and the plastic snapped. So the hunt began for a clean funnel which would work with the Caterham filler.

So the process was something along the lines of.

Great feeling to be fired up and pumping out some  serious fumes in the garage. 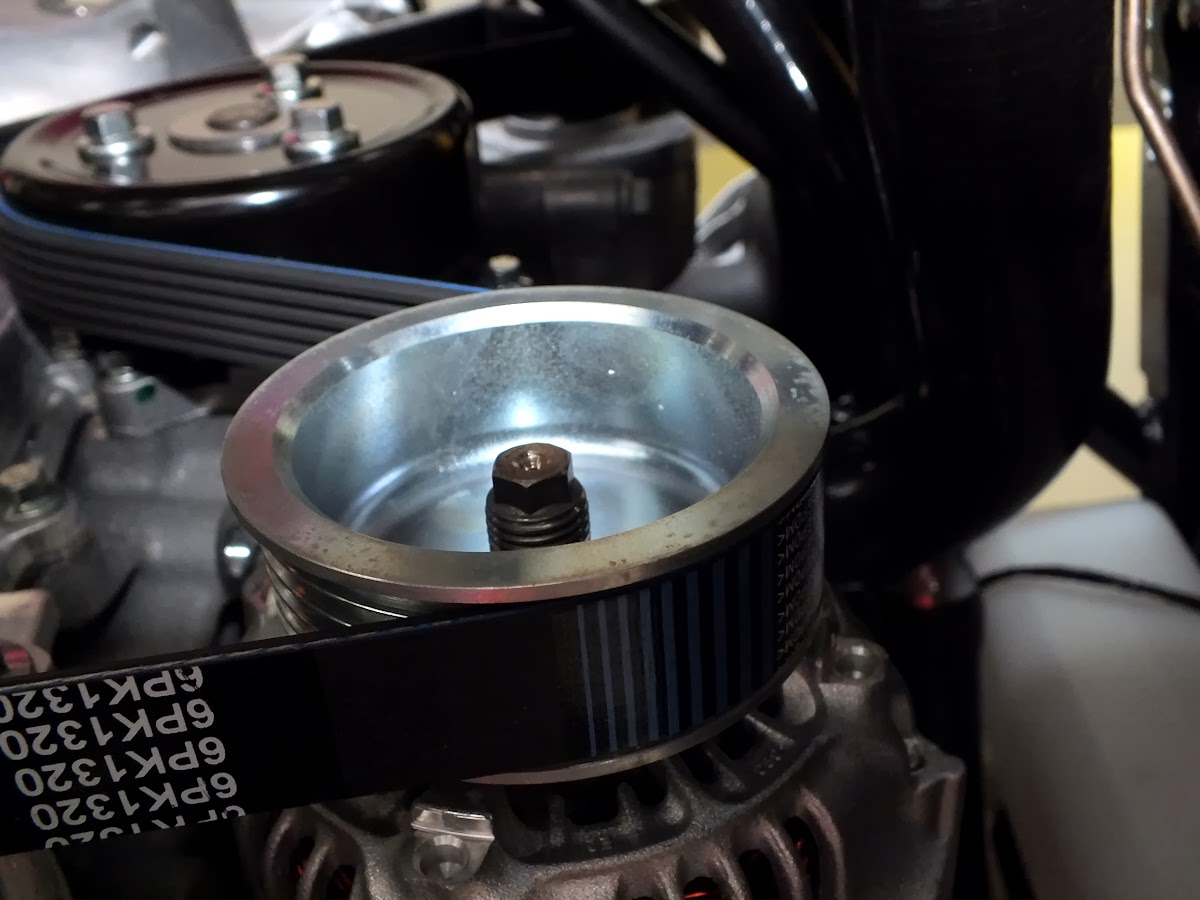 I wasn't amused when I heard a nut fall off the engine whilst I was running it up to temperature.  Can't believe it just fell off the alternator. 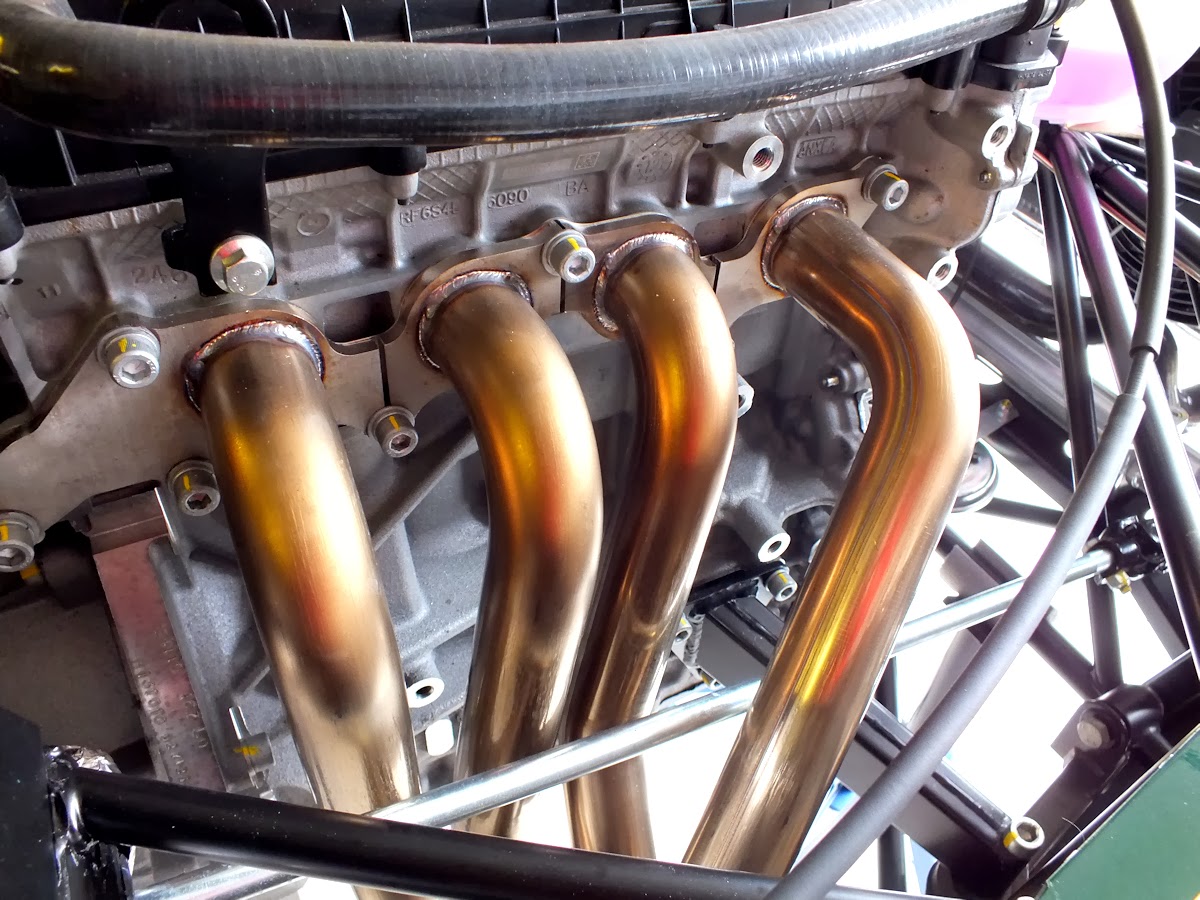 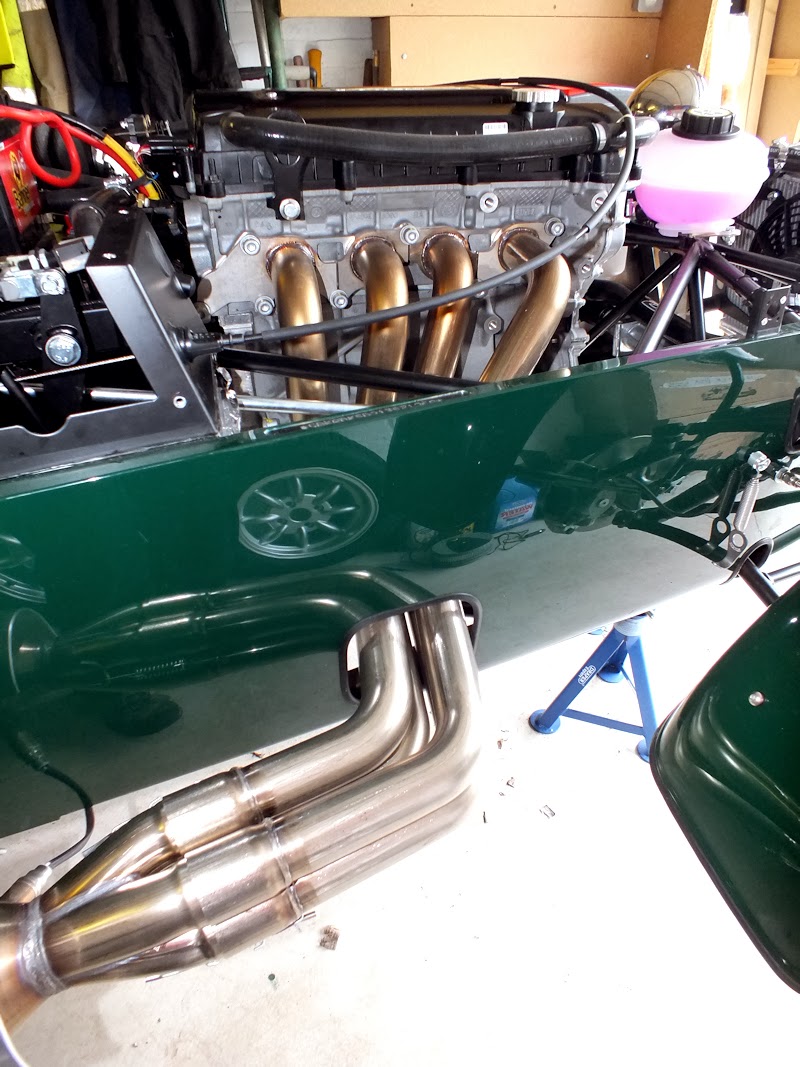 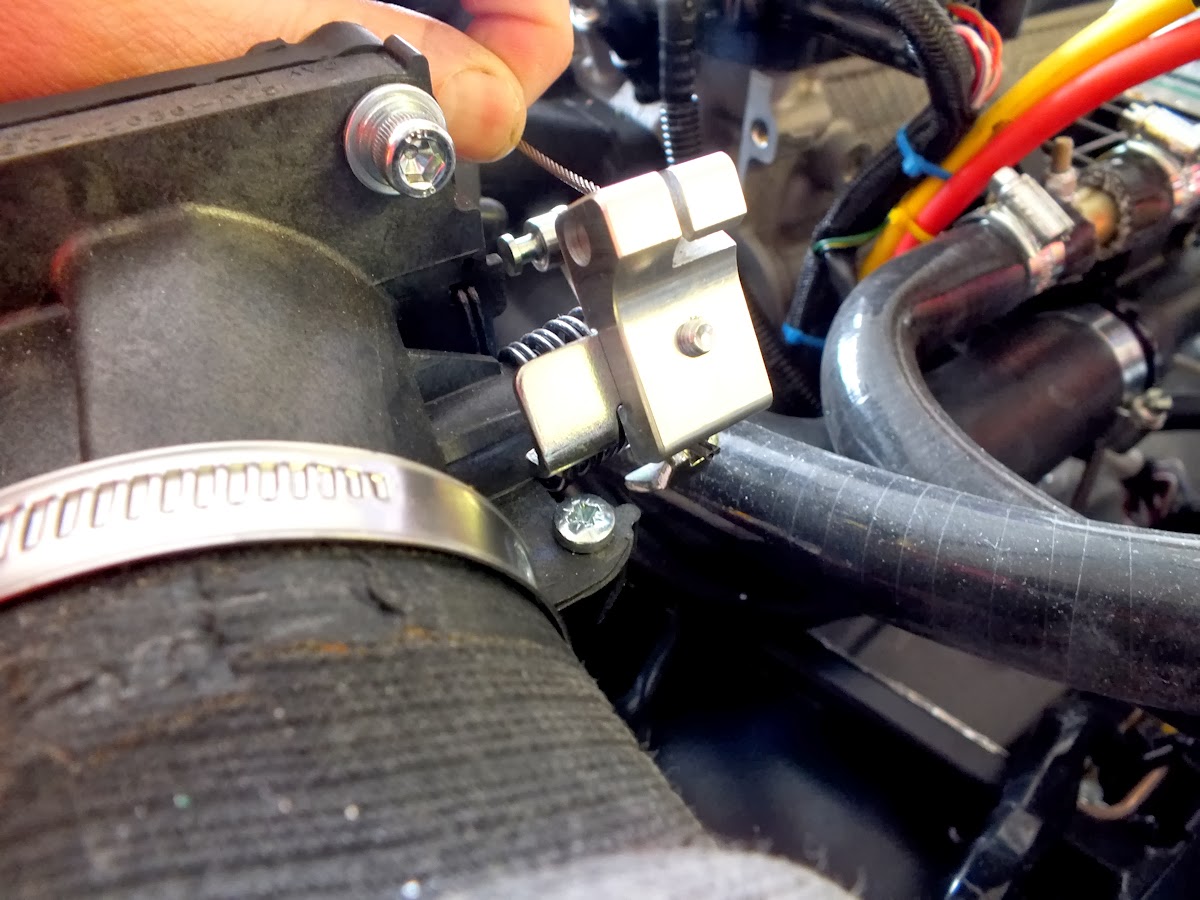 The car was ticking over at ~2500 RPM.  I adjusted the screw under the throttle level and set it to idle at 1500.  It seemed to cut out if I set it any lower than that. 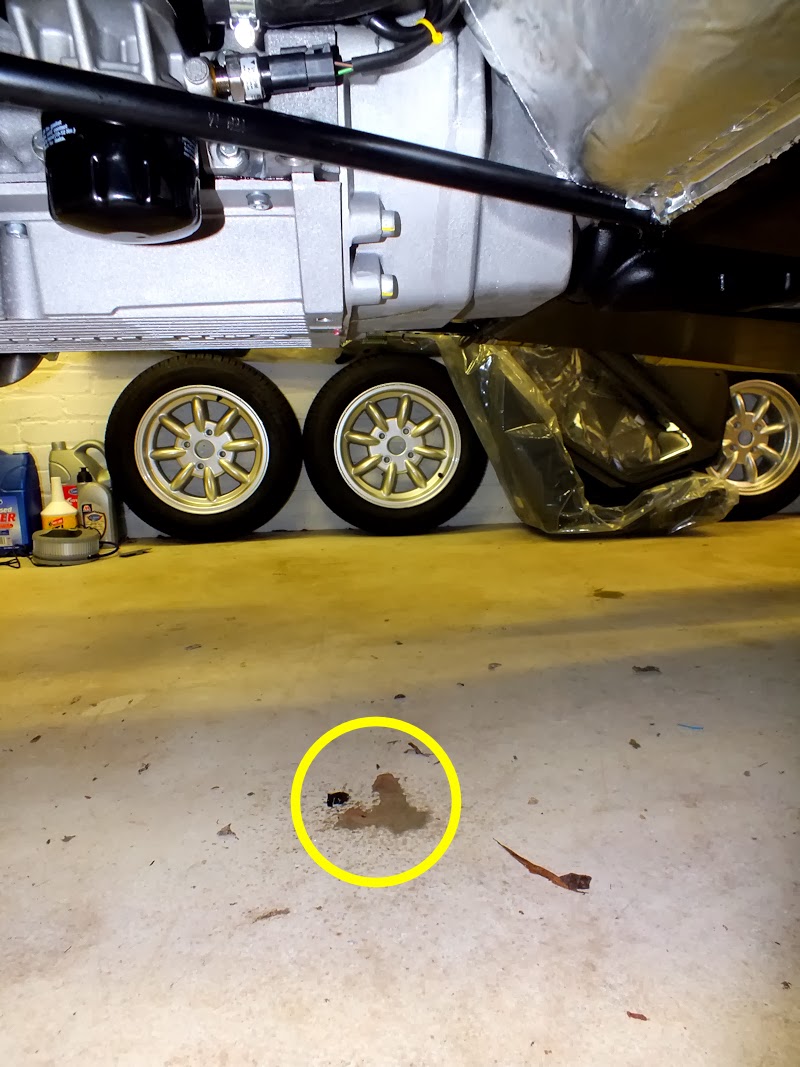 Only the one leak identified so far.  I was loosing some coolant from the temperature sensor t piece.  It was the sensor itself that was leaking.  I have not sorted it yet.  (It was too hot to touch). 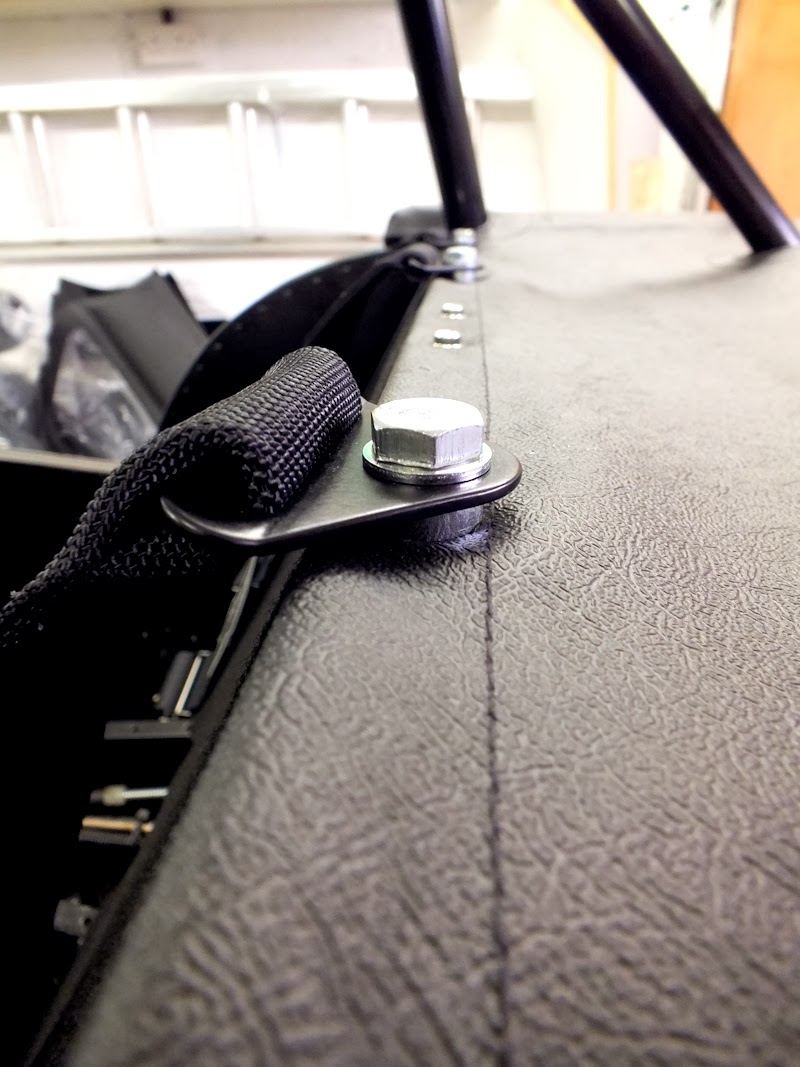 Seat belt harness went on.  I put some grease on the spacer and leather so the two items slide nicely on one another.  I found as I was torquing up the harness that the spacer would twist and therefore twist the leather boot cover. 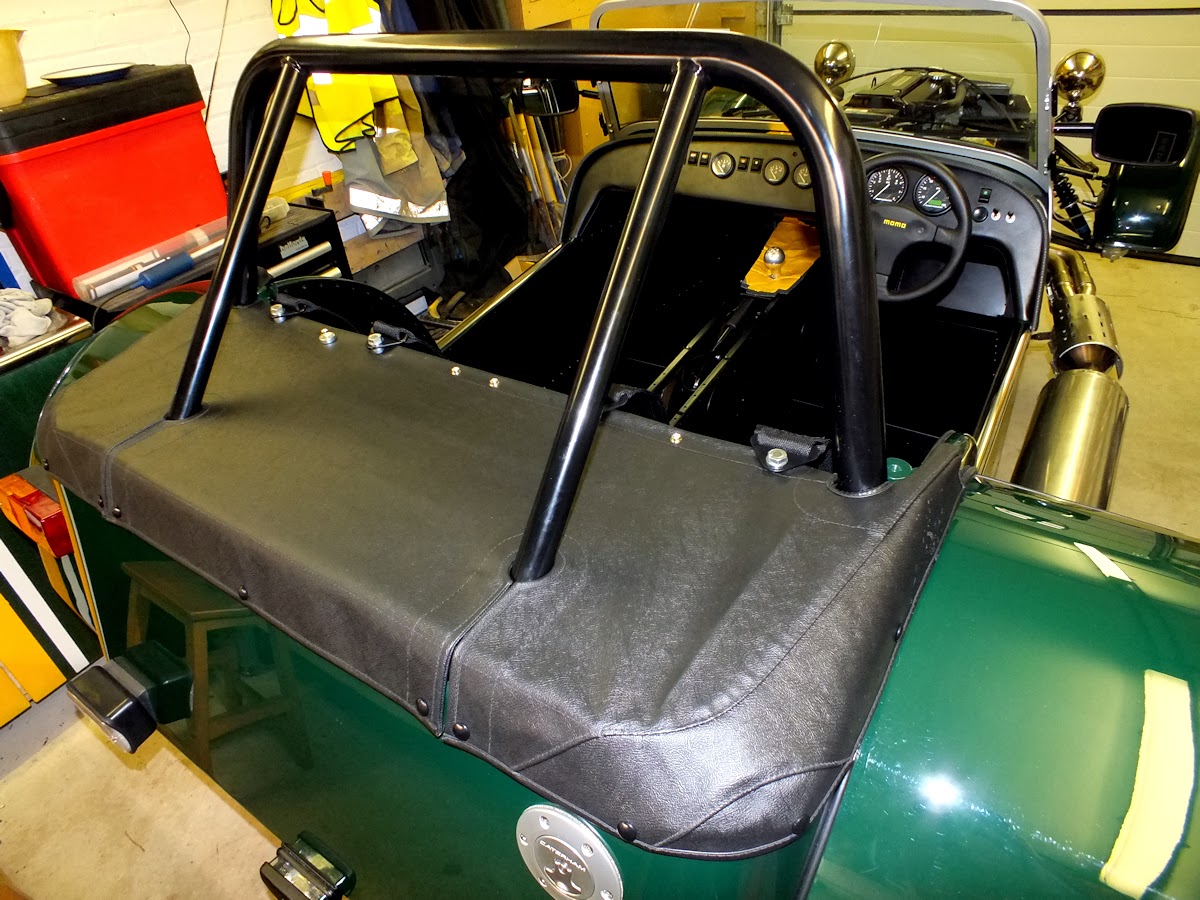 I put the poppers on for the boot cover.  I placed a fan heater in the boot for a while to warm the leather up.  Smacking the dot tool was a silly process.  Can't help but feel a ratchet type tool would be better.  I placed the dot tool on the cross beam by the seat belts to do the whacking. 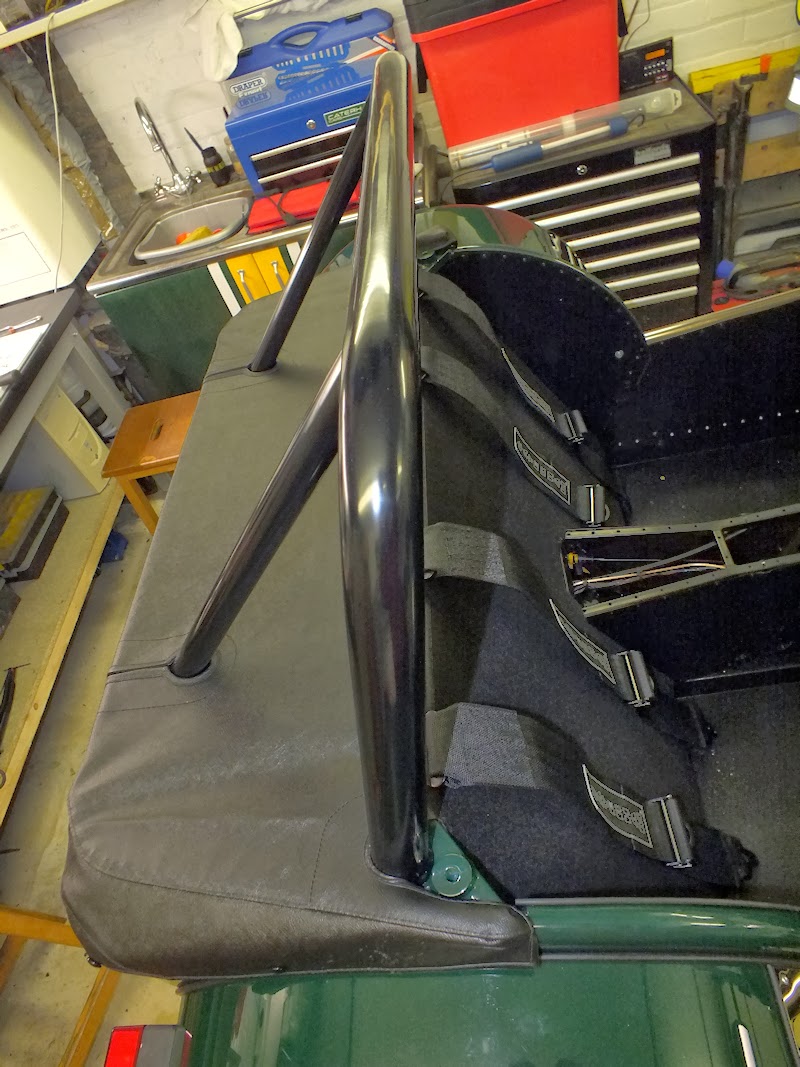 Boot cover, seatbelts and some carpet in place in the cockpit. 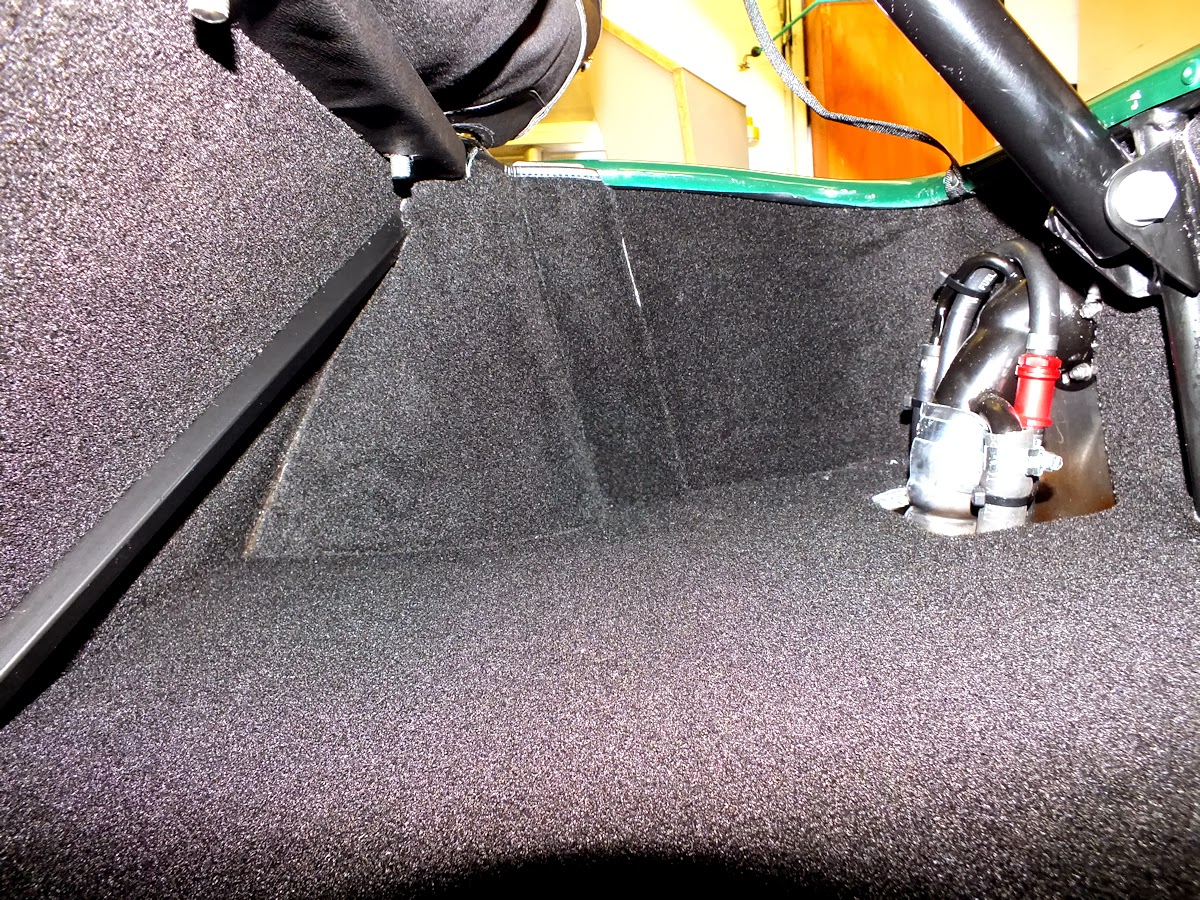