Day 18 is in two parts really. On Thursday night the car had a treat. Two real mechanics had a good look around it and tinkered with the brakes and the clutch.  I can't believe how much air came out of the rear brake again.  That's 4 eezibleeds and 2 manual bleeds the brakes have had.  They also showed me how little grease was used in the front hubs and how to sort it out.  Thanks to Paul and Peter from LADS.

Day 18 Part Deux and the car was back to having me flapping around. 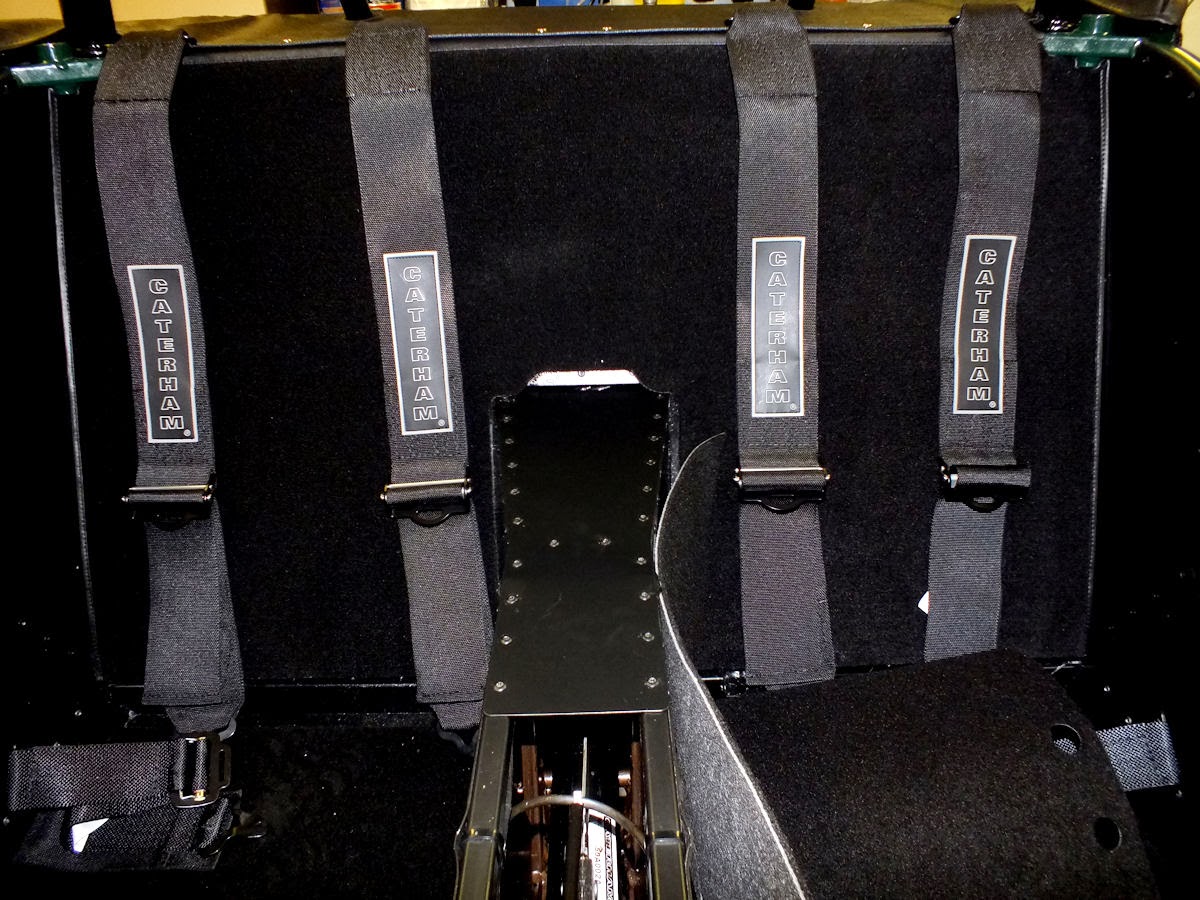 The central console metal place was riveted into place. 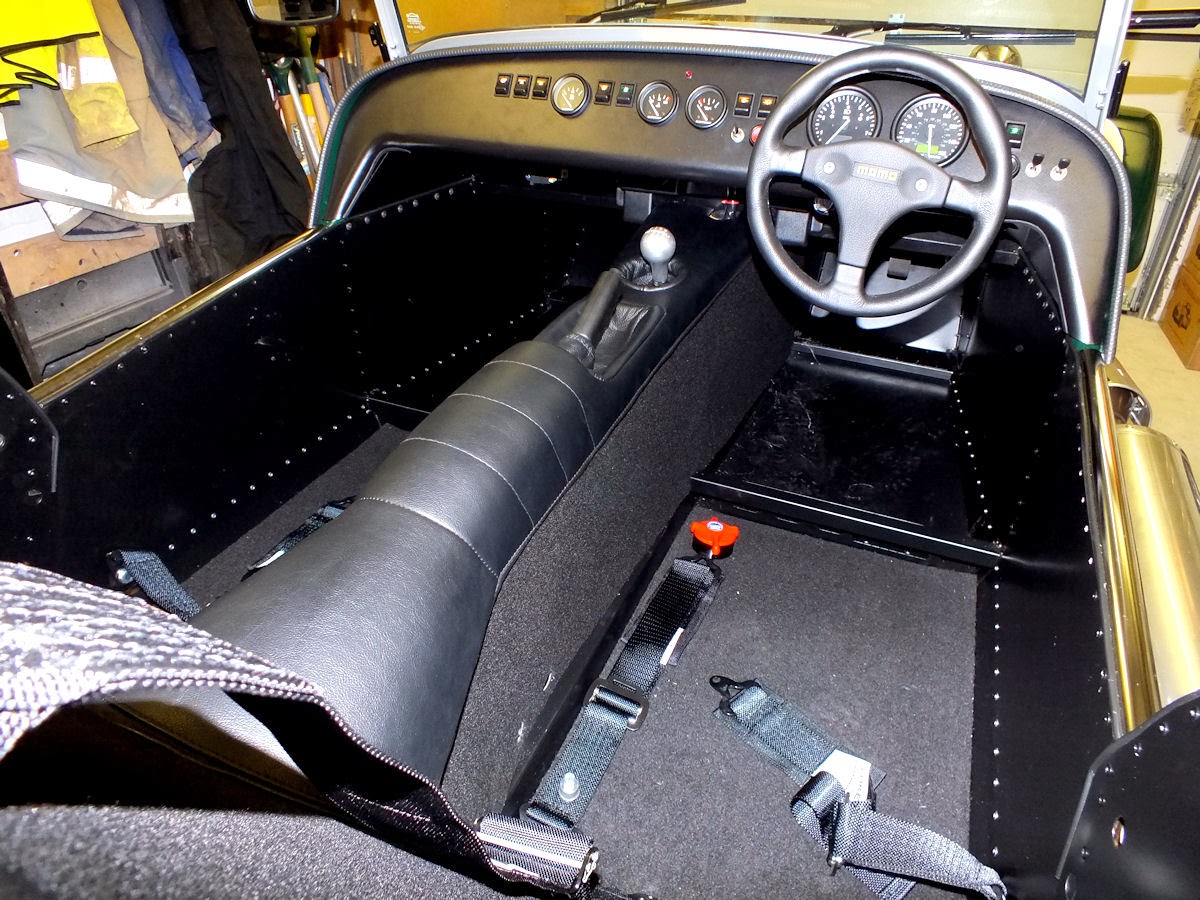 The handbrake was loosened as much as possible and held vertically while the center console glided smoothly onto the gear stick and handbrake !!!  The car is starting to look very smart with the carpet, trim and center console. 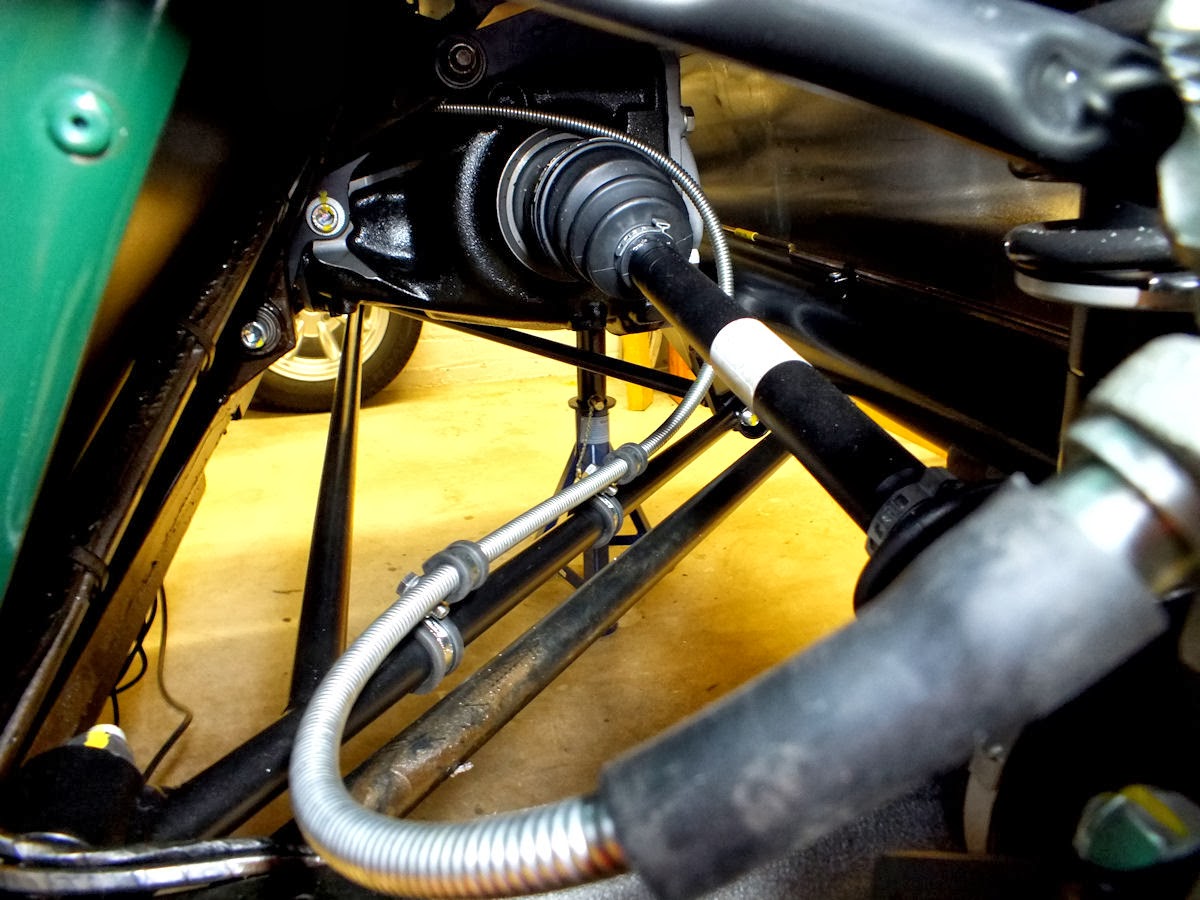 Thanks to the LADS again, I purchased some 19mm and 10mm rubber coated p-clips to fix the handbrake cable to the chasis.  IVA does not allow the use of tie wraps anymore. 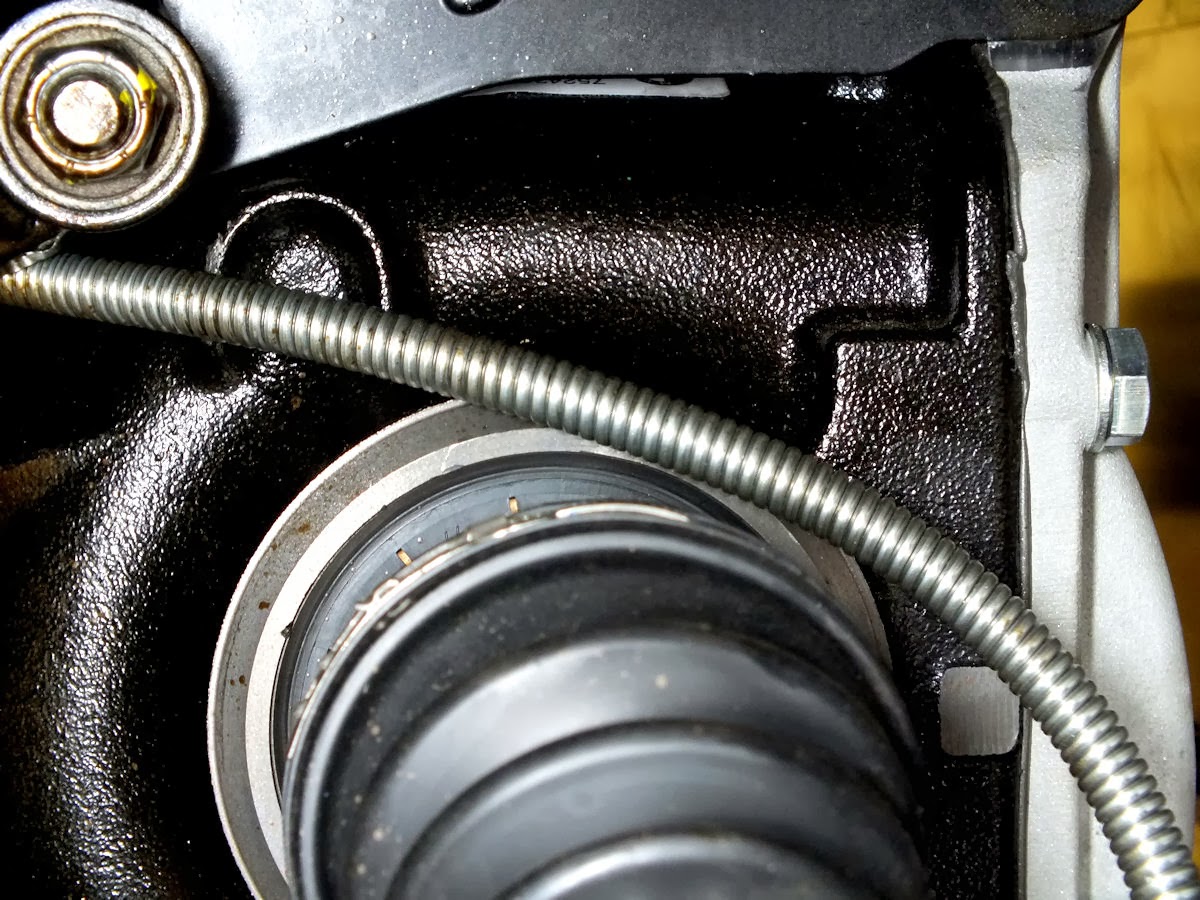 It took some doing to make sure the handbrake cable did not rub on the drive shaft. 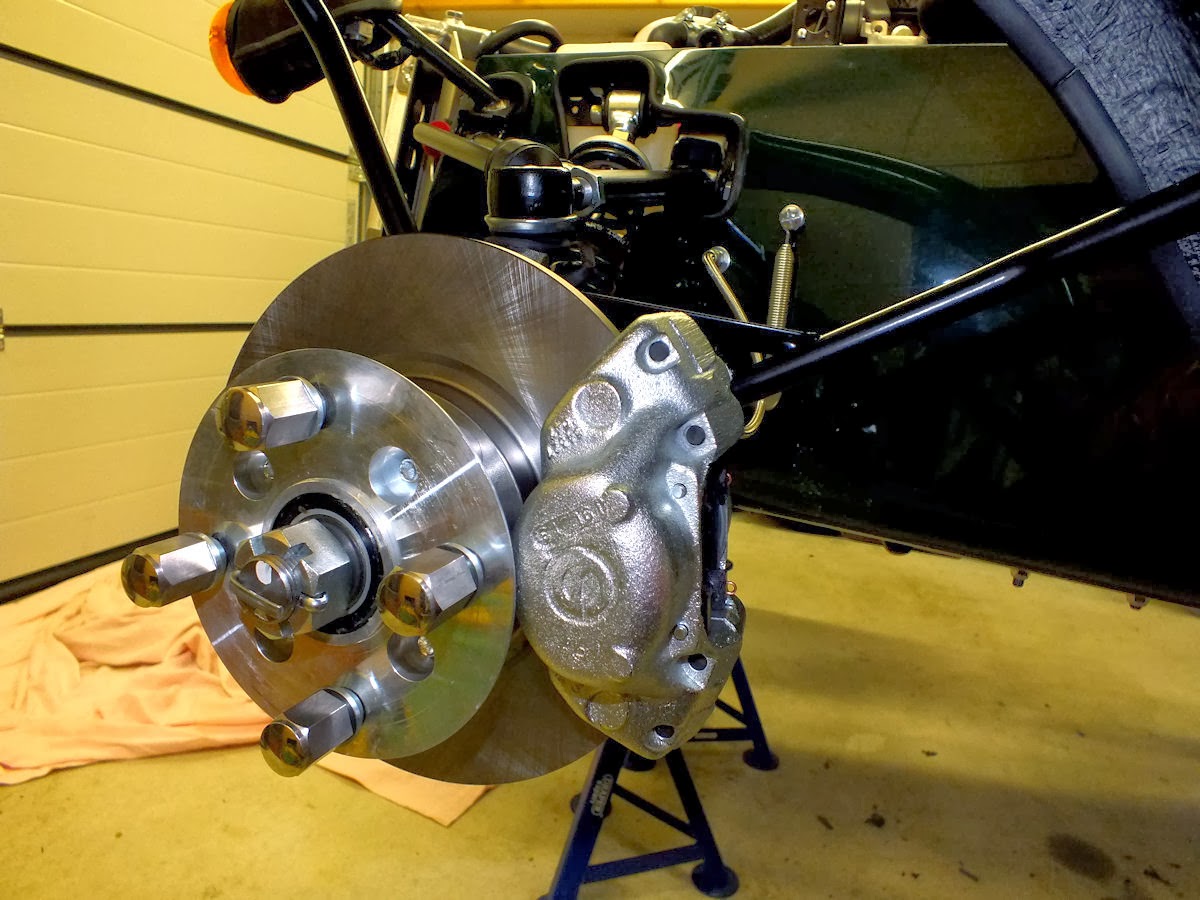 Having been shown the way by the LADS, I decided to sort out the passenger side front hub.  So first things first remove the caliper. 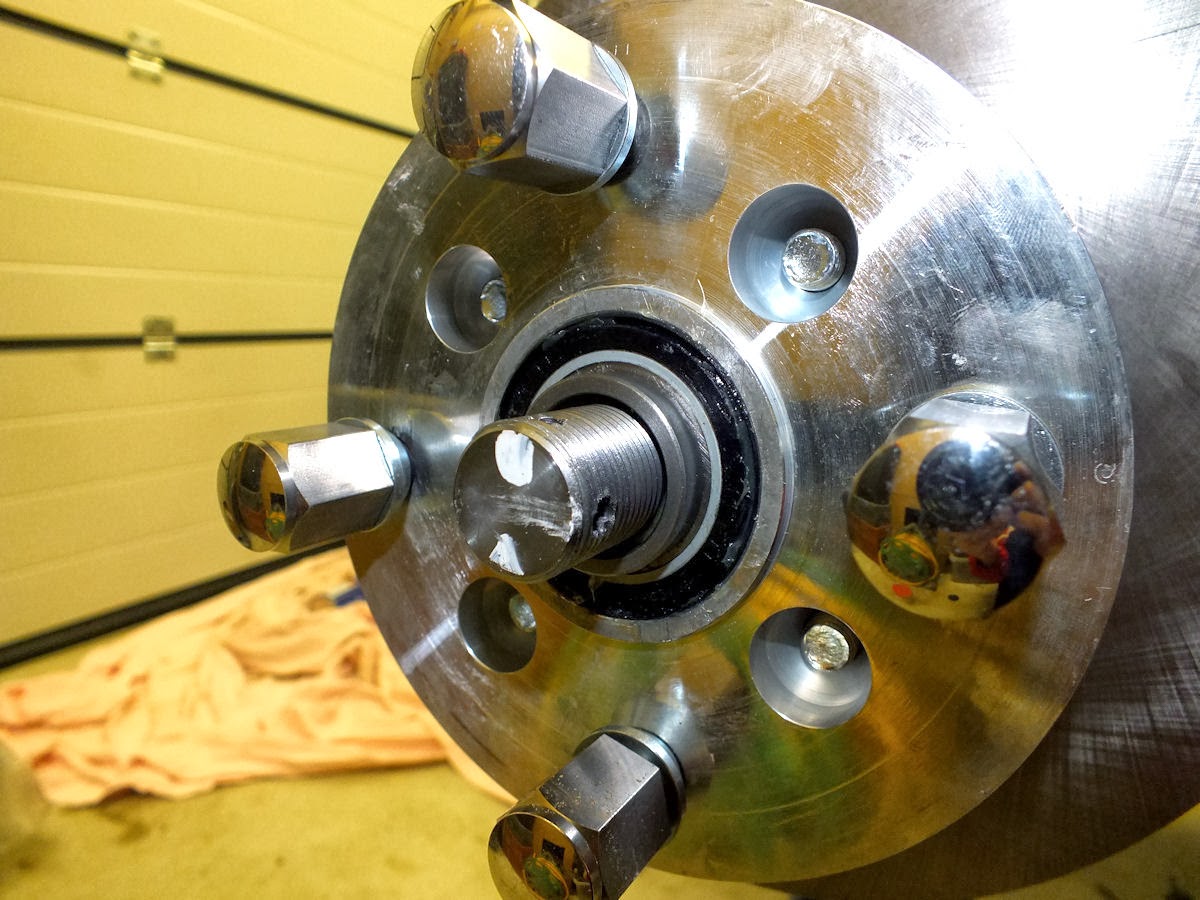 Remove the split pin and the nut. 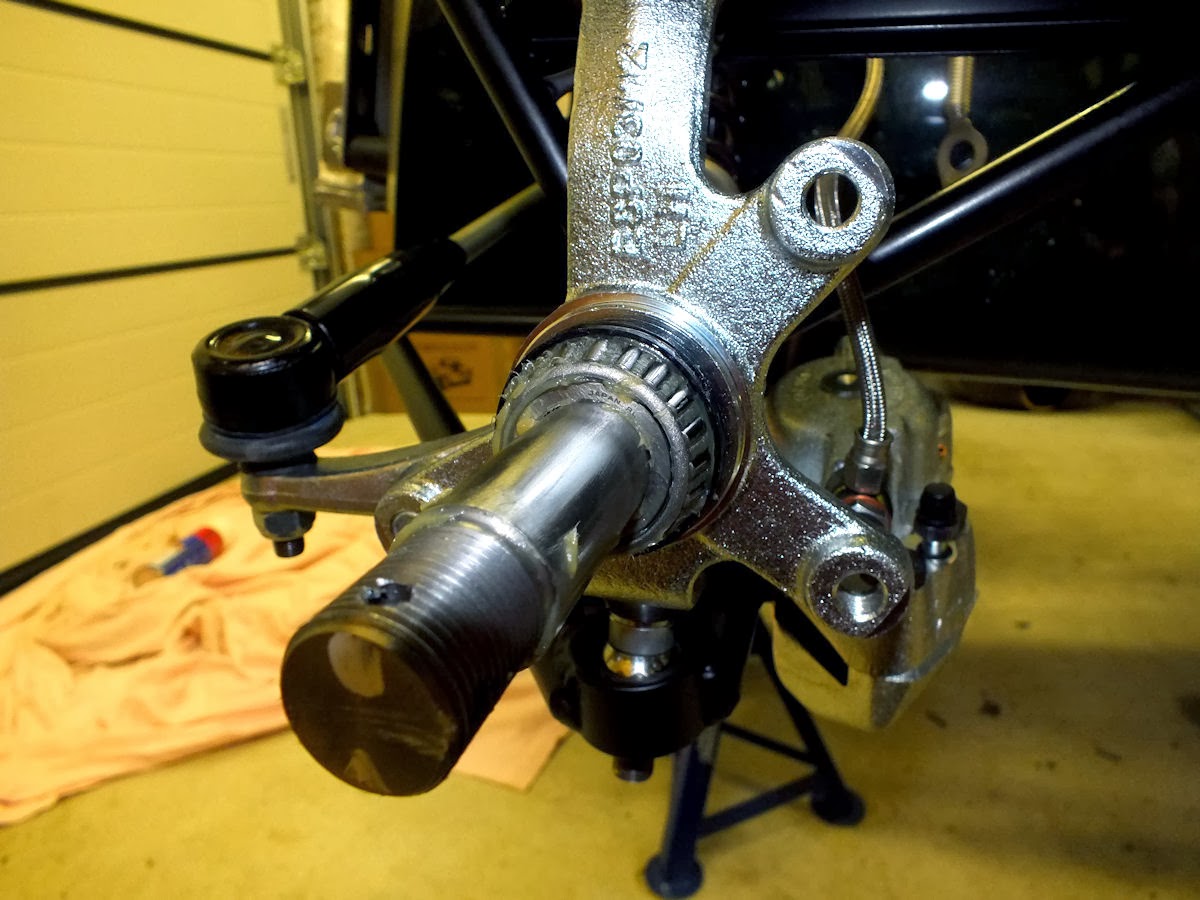 Remove the hub and viola, barely any grease. 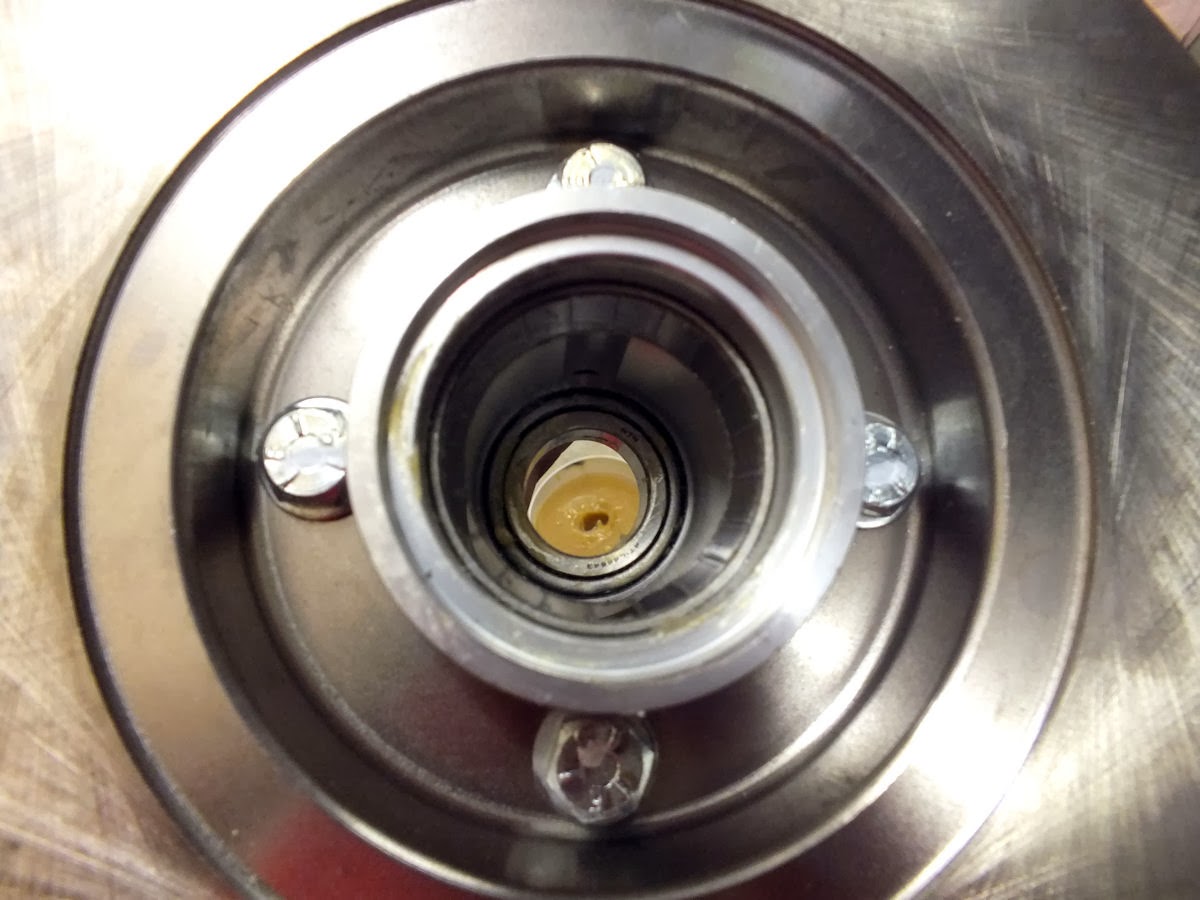 And inside the hub, again barely any grease. 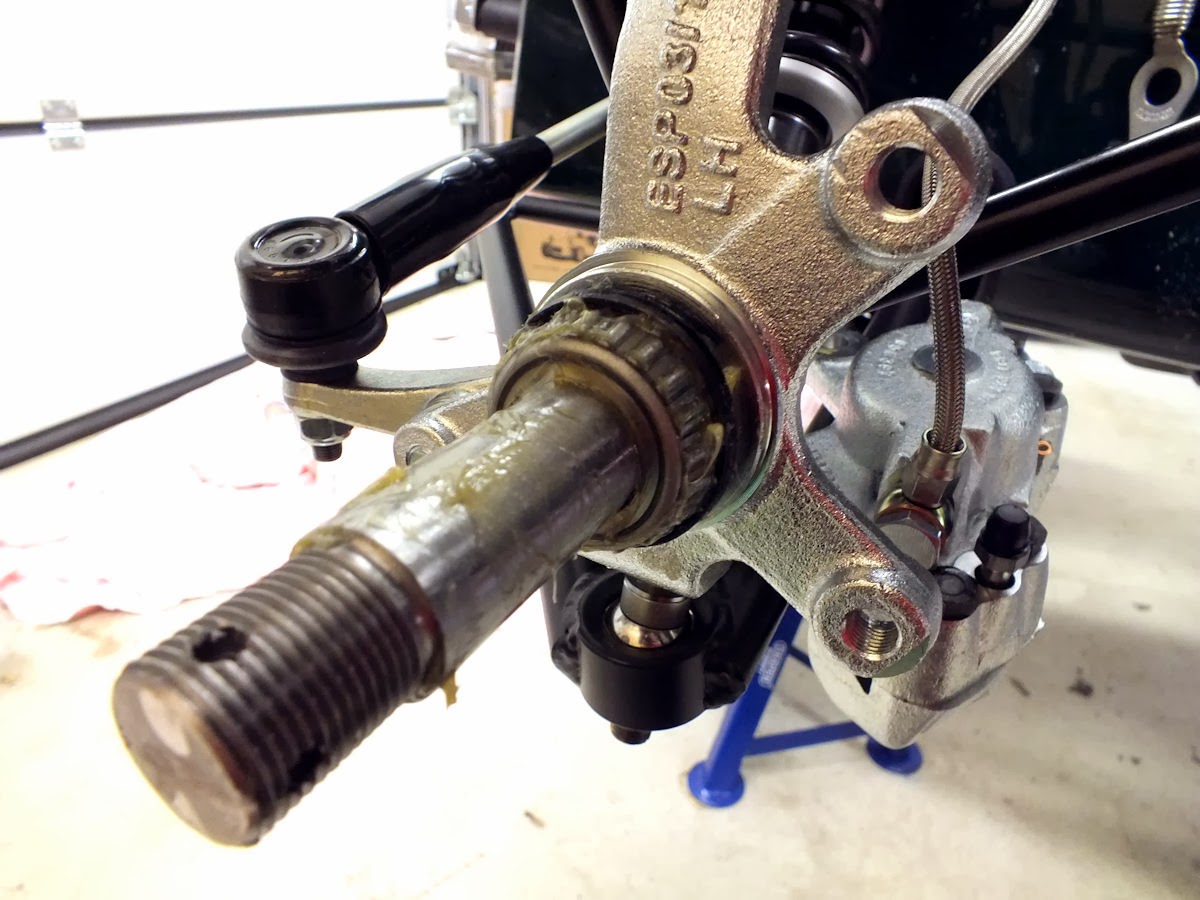 So the bearing and shaft were well greased. 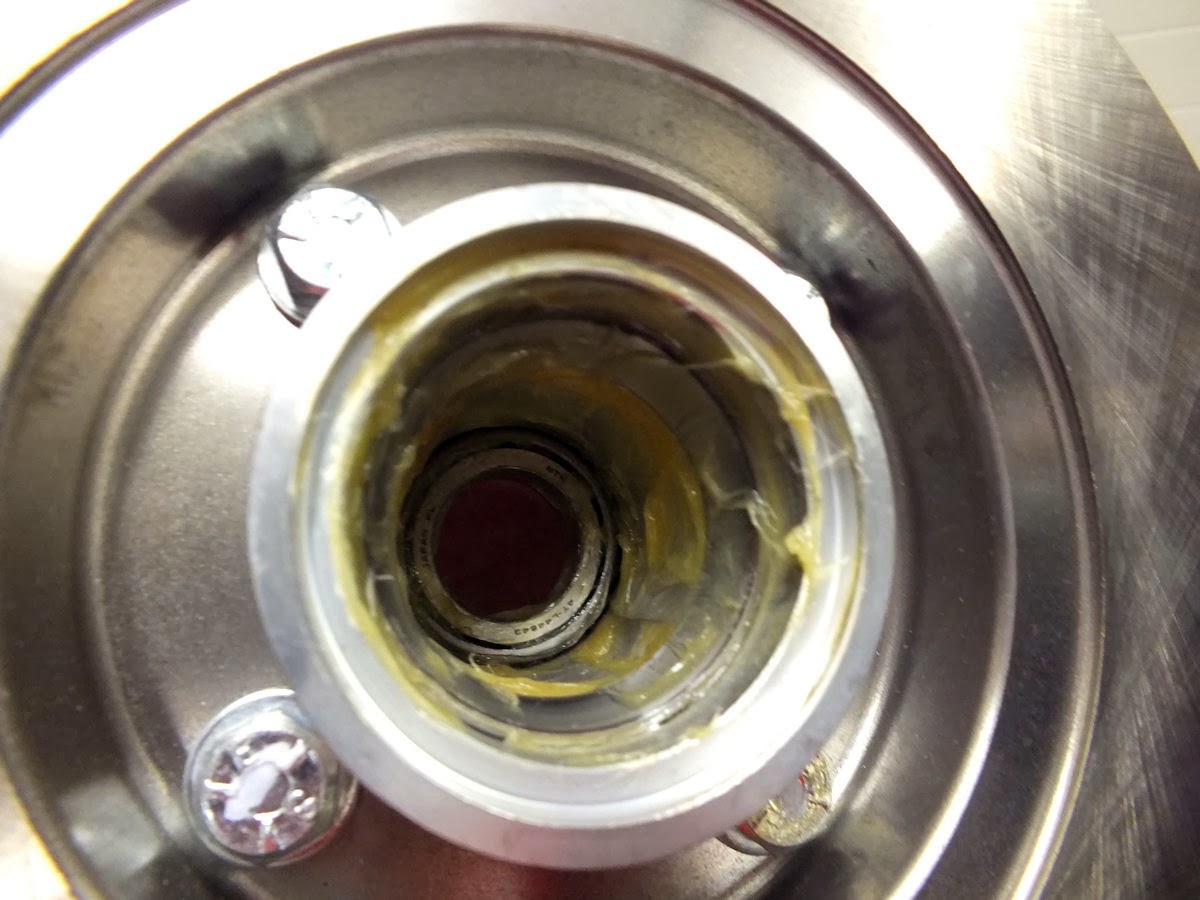 Inside the hub got some grease 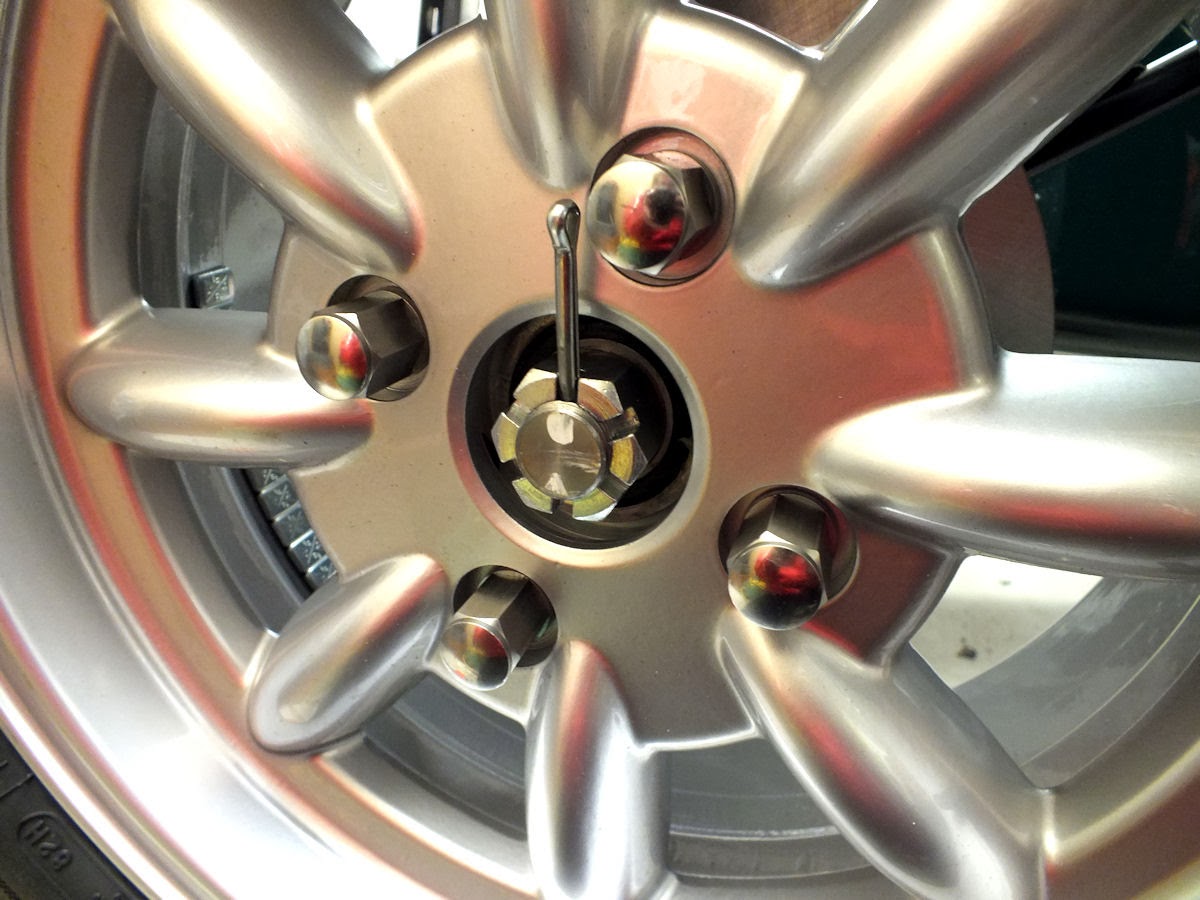 And it all went back together.  I just now need 2 new split pins.