I wasn't going to do a lot on Sunday afternoon but the kids were tired after rugby and so I thought I would tinker with a few bits and read the manual.  Next thing I know is the front suspension is finished, (except for a few washers and torquing up). 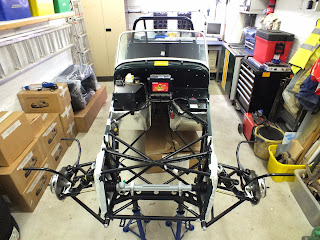 End of day 2 and with the tools put away, the car looks
like this.  Managed to whack my head on the cycle
wing supports while picking up tools.  I do not
recommend it.  Dwindling boxes.  Well 2 less. 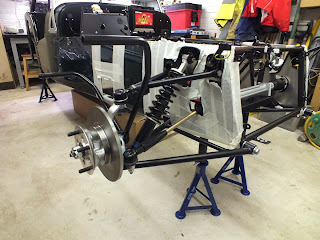 As others have said the other side always take less
time than the first.  So going by that statistic it must
be compulsory to buy a second caterham. 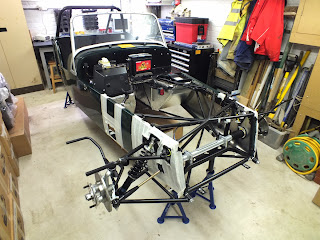 The car suddenly takes up more room in the garage
compared to when it arrived. 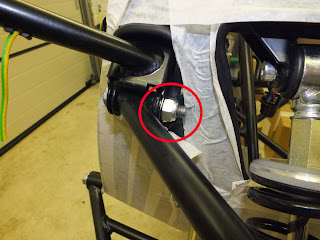 To washer or not to washer.  Well the manual does not
mention washers and indeed there are none in the pack
that would suit.  Paul @LADS and Derek @Caterham
confirm they are not needed on the upper wishbones.
This nut was a asqueze to get on as it kept pinching the
IVA trim, however I would hate to have to put the IVA
trim on after the nut is in there.  Just take your time
and keep checking if it is clear of the nut. 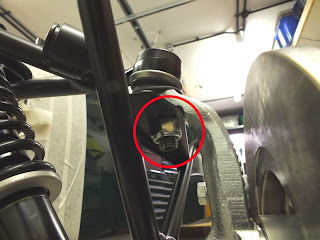 Nor do you need one here. 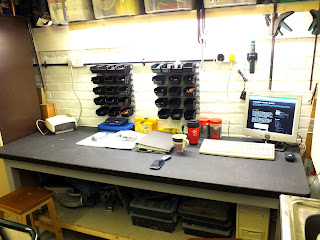 A tidy workbench.  Roll on next weekend the kids
are at a panto.