I have the 2.0L Duratec and removing the alternator is essential but the starter motor stayed on the bellhousing. 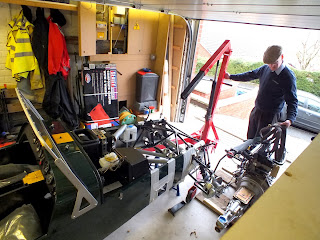 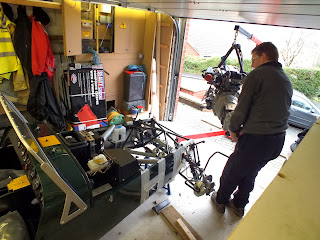 We only had a few inches spare before hitting the roof. 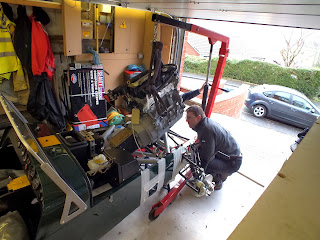 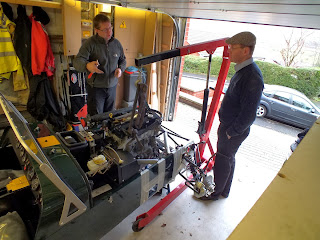 Second attempt with the alternator removed. 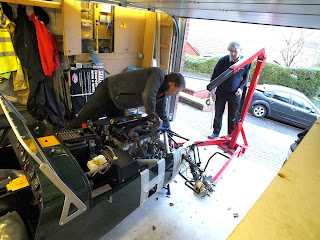 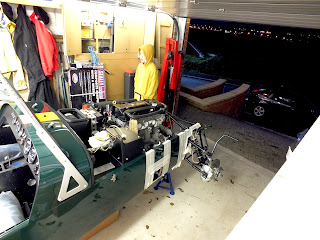 Yi coming in for a look. 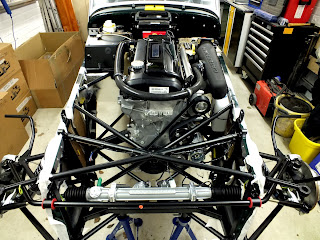 It's in.  Wow.  Now for the back end.  When you hear people say it's a tight fit, it really is a tight fit.  millimeters to spare, literally. 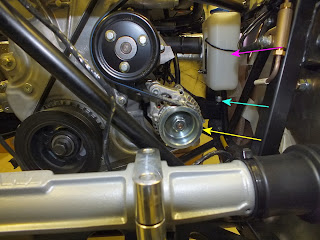 Take the bottle bracket off (purple), take the alternator off (yellow) and jiggle the bracket bolt a lot (blue). 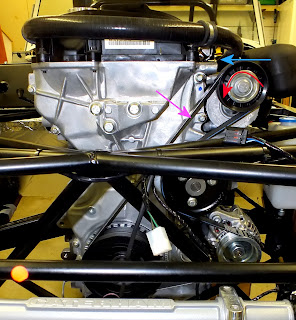 Rotate the nut on the belt tenssioner (red), this moves the wheel (blue) so you can remove the belt (purple). 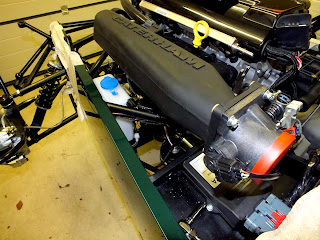 The bottle went back in from below.  Keep it attached to the bracket. 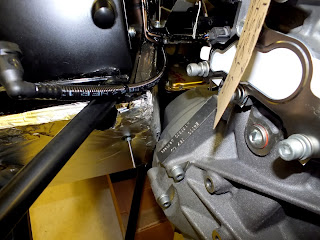 Hardly any room at all.  We did cause a little bit of damage to the heat shield installed by Caterham.  I'll need to get some reflective tape to fix it. 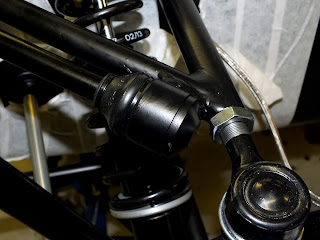 The front ARB boots arrived today.  Thanks Derek, so the Front ARB was finished.  Plenty of grease. 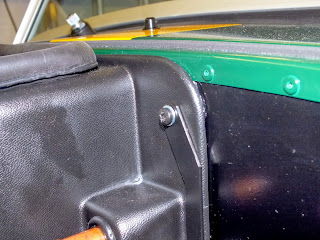 The set screws arrived from Caterham today so they went into the top of the heater. 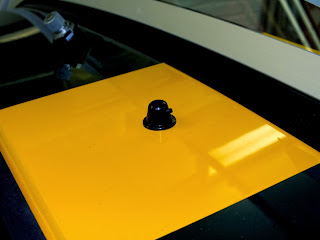